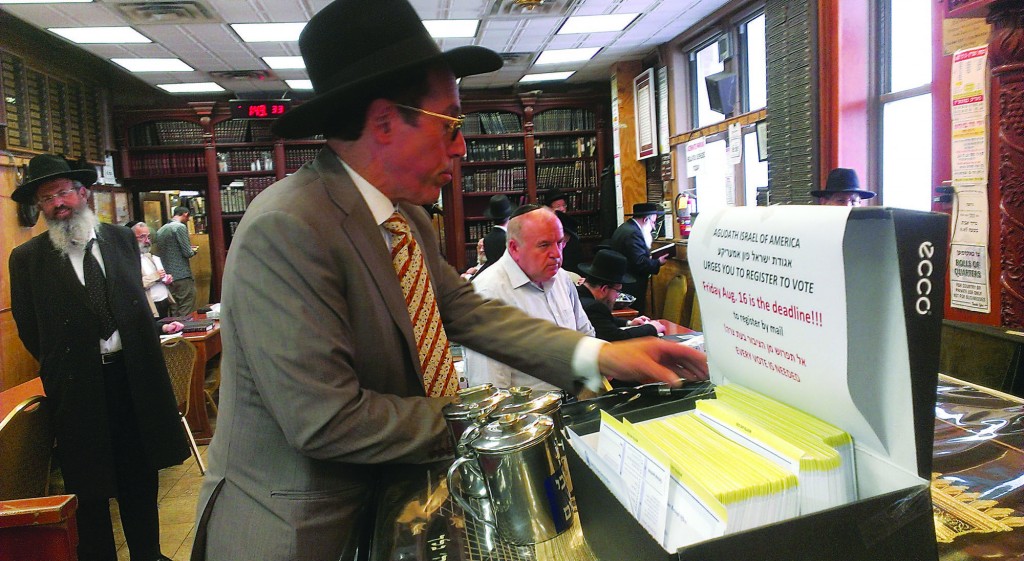 With a Friday deadline for voter registration by mail for those wishing to participate in the November elections in New York City, Agudath Israel installed voter registration stations in shuls and public places to urge Orthodox Jewish voters to register for the primary and general elections.

This year features an all-city election, meaning that there are no state or federal elections, only those for city positions such as mayor, comptroller, public advocate and city council. There are also the five borough president races and borough district attorney races.

Candidates vying for various positions are making an all-out effort to win the pivotal bloc of the Orthodox community. The race for the mayor’s office in particular is expected to be extremely close, and the Orthodox vote could make all the difference in the outcome.

Those eligible can register in person at the Board of Elections or at any voter registration center. Registration forms can also be obtained by calling (800) FOR-VOTE or by downloading a PDF version at the BOE website.

To be eligible for the Sept. 10 primary, applications must be postmarked by Aug. 16 and received no later than Aug. 21.