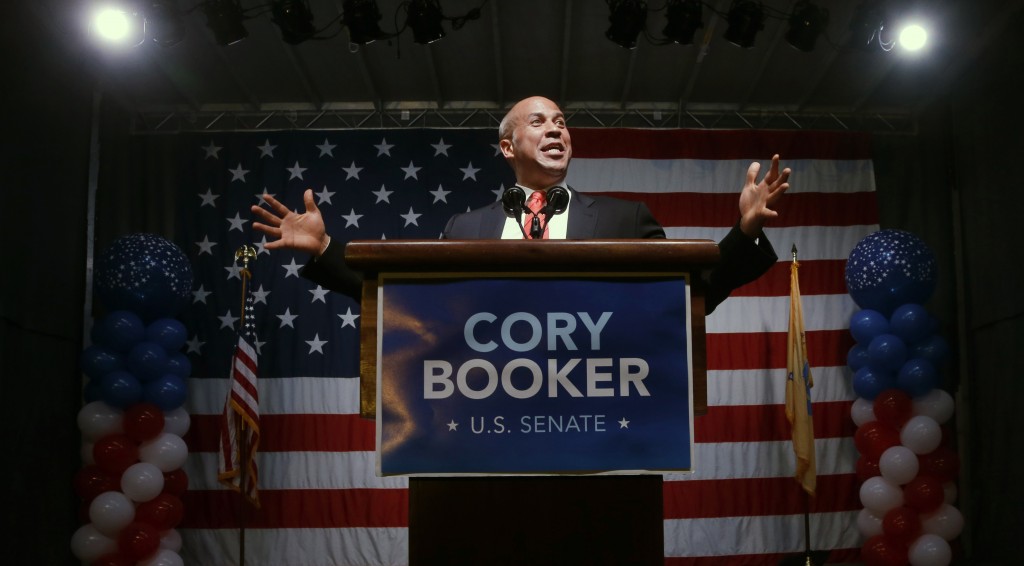 The newly nominated GOP candidate for New Jersey Senate kicked off the state’s general special election Wednesday by trying to sell them on his conservative ideology with a clear limited-government message.

Republican Steve Lonegan, who is attempting to become the state’s first Republican senator in four decades, resoundingly beat his only challenger in Tuesday’s primary. He’ll face Cory Booker, Newark’s mayor and already a popular figure in the national Democratic Party, who easily won his nomination as well, for the seat vacated by Sen. Frank Lautenberg’s death in June.

A dogged campaigner, Lonegan used his first news conference of the general election to attack Booker’s mayoral record, saying Booker would leave the state’s largest city with higher crime and unemployment rates than when first elected. It was the opening jab from a conservative Booker identified as “a flame thrower” in his own victory speech Tuesday.

The special election for the remaining 15 months of Lautenberg’s term will be held Oct. 16. Booker, 44, who won the Democratic nomination over three experienced opponents, began the day greeting rail commuters in Hoboken after a few hours of sleep. He said the race offers voters a clear choice because his rival is at “the far margin of the Republican Party.”

In an interview Wednesday, Lonegan rejected the notion that he’s in the GOP’s far-right wing.

“If Cory Booker says I’m far right and we’re 180 degrees opposite on every issue, then he must be far left,” said Lonegan, 57, who was state director of the anti-tax group Americans for Prosperity before resigning to run for Senate. Running against a political neophyte, he got about 80 percent of the primary vote.

Though Booker has a close working relationship with Gov. Chris Christie, Lonegan said that the popular Republican governor and Sen. Jeff Chiesa, the Republican caretaker Christie appointed to the seat, offered to help the campaign.

Booker, the rare New Jersey politician who was well known statewide before seeking statewide office, received about 60 percent of the primary vote. A prolific social media user, Booker has become known through his story: He grew up in a well-off northern New Jersey suburb as the son of IBM executives, played football at Stanford, was a Rhodes Scholar and went to law school at Yale before moving into one of the toughest Newark neighborhoods and launching a career in public service.

Booker is trying to make history as the state’s first black senator. The state’s other senator, Robert Menendez, is Hispanic.

Lonegan, 57, who also grew up in suburban Bergen County and played college football, served three terms as mayor of the small community of Bogota. He supports morality and opposes Obamacare. He attacked Booker as a celebrity politician who had been “anointed by Hollywood” and supported by “Silicon Valley moguls.”

“It’s going to look like a conservative versus a far-left liberal who’s going to paint a picture of a utopia where government can meet all of our needs,” Lonegan said. “I think government is a problem.”

“He puts up his fist, I’ll extend a hand,” Booker responded in his own victory speech. “…He wants to be a flamethrower? I want to be a bridge-builder.”