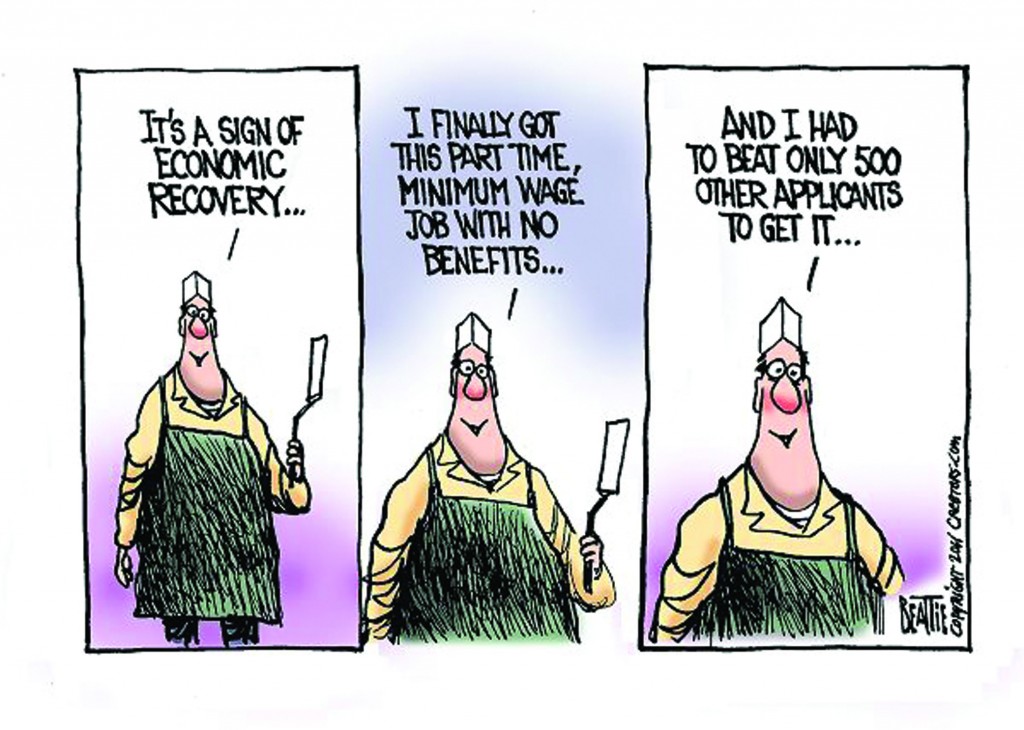 A majority of politicians may vote to pass a bill, but even unanimity would not change the laws of economics.

Suppose you go to a restaurant for dinner, and see that the menu ranges from a hot dog for $2 to a steak for $20. Assuming you like the hot dog least and the steak most, which of the dinner options would you choose?

Everyone’s choice would be different. Your choice, whatever it may be, would probably depend upon how much money you have, how thrifty you are, or any of many other factors.

But this is almost certain: If the government passed a law that said that no matter what you eat, the minimum price you can spend on a restaurant meal is $20, then you would definitely purchase the steak. It wouldn’t matter how rich, hungry, or thrifty you are; if you are forced to pay the $20 anyway, you have nothing to lose by getting the steak.

Actually, you would not necessarily buy the steak. There’s one other option you have: You may decide $20 is too much to spend on dinner, and leave the restaurant.

The price of one’s labor reflects many factors, including education, skill sets, and employment history. Each potential employee represents a specific risk/benefit — and therefore a particular dollar value — to the employer. Some employees may be worth $100 an hour to an employer, some may be worth $15, and some may be worth $6 or $7. In a free market, an employer could choose whether to pay more for an employee whose potential benefit is greater, or less for an employee whose potential benefit is less — just like a restaurant customer could choose to pay more for steak or less for a stick of meat trimmings and sodium nitrite.

But once an employer is forced by the government to pay a certain minimum amount of money to every employee, the employer will only hire employees who represent a benefit of at least that amount. At the current minimum wage, anyone who doesn’t represent a benefit to his employer of at least $7.25 an hour is priced out of the labor market, thanks to the caring souls in Congress and the White House. Raising the minimum price for labor means raising the minimum standard required to be a part of the labor market, and therefore moving even more poor people out of work and onto the unemployment line.

Therefore, increasing the minimum wage would inflict the most harm on those at the bottom rungs of the wage scale.

Some argue that rich employers should increase the wages they pay and not raise the prices of their products, but absorb the higher costs themselves, because “they can afford to.” However, if you agree that the restaurant customer who pays the minimum rate of $20 for dinner will choose the steak no matter if he is wealthy or poor, you’ll agree that even if a wealthy employer would absorb the costs of higher wages — rather than downsizing or raising prices — once he is paying those wages anyway, he would still choose to hire the more skilled employees.

Requiring a seller — including one selling his own labor — to charge a minimum price, without any regard for how little the value of the item he is selling may be, has the practical effect of government declaring, “Only items above a specific price may be offered for sale; the rest must be taken off the market.”

That is no prescription for growing our economy, employment numbers, or liberty.