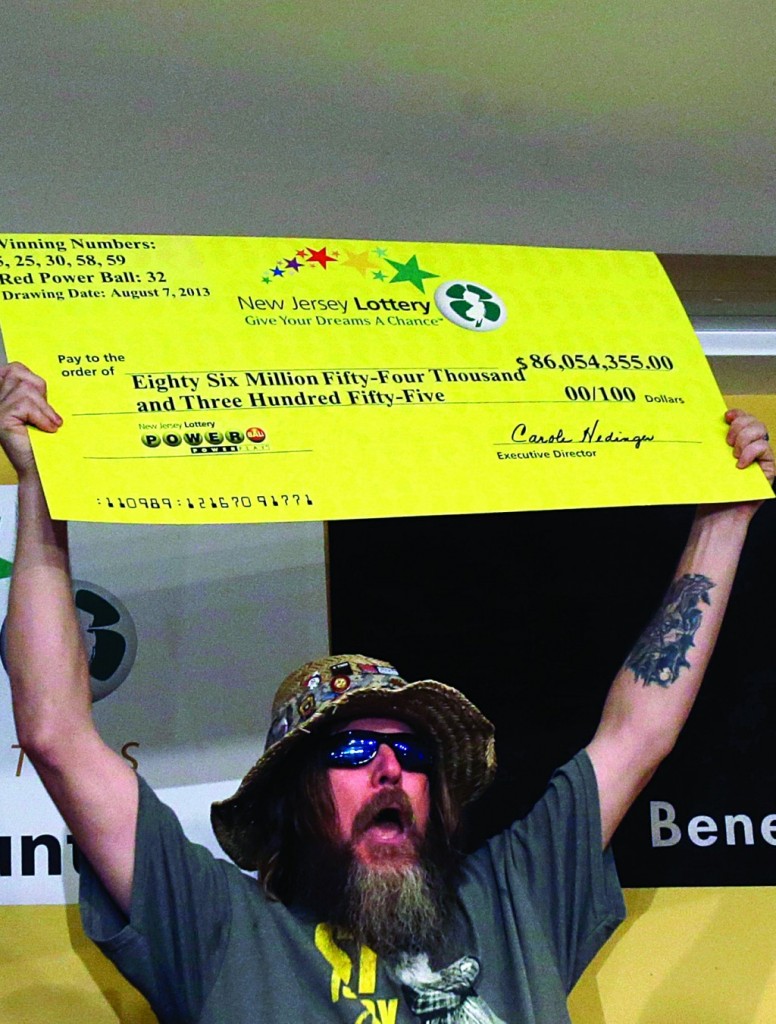 Six people afflicted by Superstorm Sandy, as well as the daughter of a legislator who wrote the law creating the New Jersey Lottery, were among the 16 county garage workers who won a third of the recent $448 million Powerball jackpot.

Calling themselves Ocean’s 16, the group of Ocean County workers appeared at a news conference Tuesday in Toms River, just over a mile away from the government motor pool where almost all of them say they intend to continue working, at least for now.

“When I found out we were winners, I was speechless,” said Darlene Riccio. The Brick Township house she and her daughter had been renting was wrecked by the storm, and they have been living with relatives.

“It has been an extremely rough year since then,” she said. “The first thing I’m going to do is buy me and my daughter a house, and bring my dog home.”

William Seeley, who said a tree fell on his home, was one of the few winners who may retire now.

“We are happy, happy, happy!” he said. “Maybe I’ll be at a log cabin on multiple acres of land.”

After taxes, each of the 16 will receive $3.8 million. They chose to take a lump-sum payout immediately that generally cuts the value of the jackpot in half. They let the lottery terminal computer randomly select their numbers.

“She said, ‘Dad is just smiling down; it’s his lottery,’” Riivald said.

The ticket was one of three winners in last week’s Powerball. Lisa Presutto chose the supermarket to buy the 48 tickets for her group because she had previously dropped off a prescription there. When she saw the winning numbers, she began shaking.

“I had to wake up my poor husband — who is no longer poor,” she said.