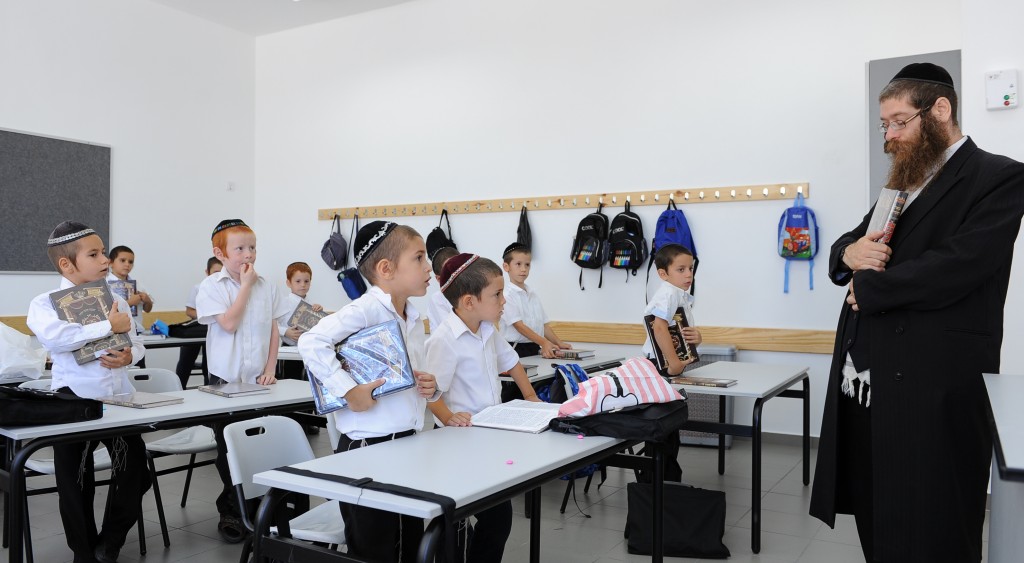 In a secret meeting held last Thursday in the offices of the Israeli Education Ministry in Yerushalayim, a contract was offered to the chareidi prinicipals gathered there which, if signed, would effectively cede total control of their schools to the government.

The contract, which was conceived as the legal instrument for the establishment of a mamlachti chareidi, or state chareidi school system, would give the Ministry authority not only over the setting of curricula, but also over the hiring of principals and teachers.

A legal representative of the Education Ministry, Eilan Shay, unveiled the contract which would affect the transformation of the independent schools — about 10 principals were in attendance — into charter members of the mamlachti chareidi stream.

Besides the alluring promise of full funding for the cash-strapped schools, the contract included an exit clause, whereby a participating institution could opt to revert to its former independent status in five years.

But the price to pay would be very high. The document stipulates, among other things, that the school would be required to teach the core curriculum of math, English and science, as well as any other subjects authorized by the Education Ministry; that, like other government-run schools, the Ministry would decide on the hiring of principals and teachers; admissions policies and codes of dress and conduct would be under the supervision of the Ministry; and discrimination of any kind would be barred.

The principals at the meeting objected vociferously to the clause about hiring. Ministry officials said they would review the matter, possibly allowing for a representative of the school on the hiring committee, but were adamant that the final decision would be in the hands of the Director-General of the Education Ministry.

Legal experts who have examined the contract told Hamodia that it would render the school administrations irrelevant, as it provides explicitly that entrance into the mamlachti chareidi stream would mean that the Ministry would set policy and the local municipality and not the school, would become the official employer of the teachers.

As we reported earlier this week, Rabbanim and principals of the chareidi school system have urged school administrators not to fall prey to the Ministry’s proposals. They had  warned not only of the risk to their educational quality of their schools, but also of legal complications, since the term used by the ministry, “pedagogic autonomy” has no legal definition. The disclosure of the contract, they noted, is proof that the ministry’s ultimate goal is to take control of the education and finances of the schools, leaving the principal with no authority other than a clerk for the ministry.

In addition, joining the plan would entail a potentially serious financial burden on the schools. Since they would be required to fire their current teaching staff, who would then be employed (according to the prerogative of the Ministry) by the municipality, they would be required to pay the teachers severance pay, an amount that could reach collectively into the millions of shekels. The contract also calls for all equipment and furniture used in school activities to become the property of the local municipality.

Other provisions include: a waiver of academic qualifications for administrators and faculty, as long as the individual commits to obtaining the required credentials; the Ministry will have the power to terminate employees after one or two years and a review of the status of family members employed in the same institution.