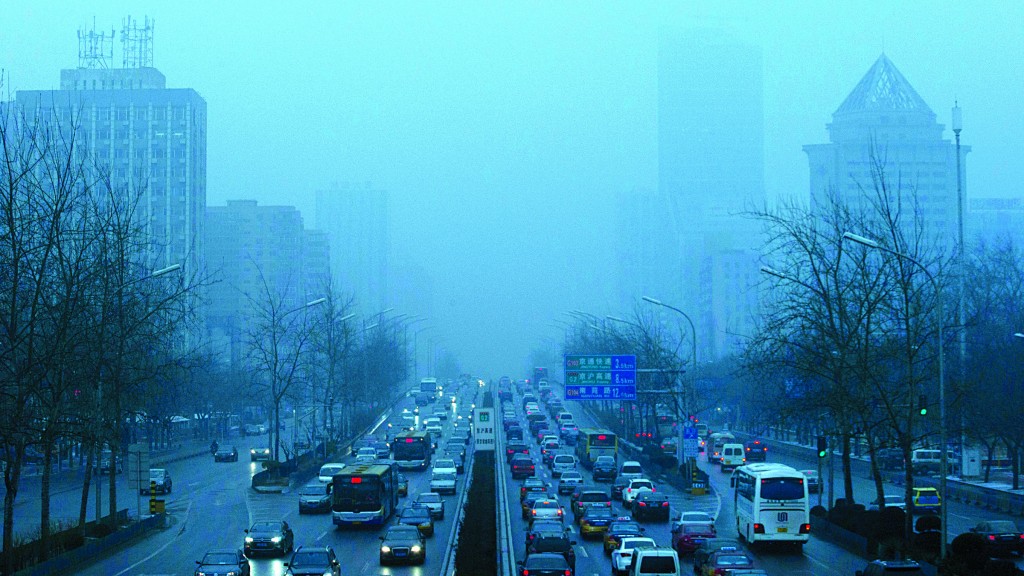 China, one of the most visited countries in the world, has seen sharply fewer tourists this year — with worsening air pollution partly to blame.

Tourists have been put off by news about smog and other problems, said Frano Ilic of travel agency Studiosus in Munich, Germany. He said the number of people booking trips to China through his company has fallen 16 percent this year.

China is the world’s No. 3 destination for international travel after France and the United States. Weakness in visitor numbers could hurt government efforts to reduce reliance on trade-driven manufacturing by promoting cleaner service industries such as tourism. Foreign visitors are outnumbered by Chinese tourists but spend more.

The decline could be long-term if Beijing fails to make visible progress in combatting pollution, experts say.

That China’s air and water are badly polluted following three decades of breakneck growth is not news. But January’s record-setting bout of smog got worldwide news coverage and was so bad some longtime foreign residents left the country.

From January to June, the total number of foreign visitors, including business travelers and residents, entering China declined by 5 percent to just under 13 million compared with the same period last year, according to the China National Tourism Administration. Overall, visitors from Asia, Australia, Europe and the Americas all declined.

In Beijing, with major attractions including the Great Wall and the Imperial Palace, the drop is even more striking. The number of foreign tourists visiting the Chinese capital fell by 15 percent in the first six months of the year to 1.9 million, according to the Beijing Tourism Administration.

The China National Tourism Administration acknowledges a decline in foreign tourists to China as a whole, and in cities including Beijing, Shanghai and Xiamen, a prosperous port city in the southeast.

It blames the global economic slowdown and a stronger Chinese currency and says China’s tourism image has been hurt by the emergence of H7N9 bird flu, air pollution and dead pigs found floating in Shanghai’s main river.

The city of Awara in central Japan canceled a student exchange trip due to bad air. Eighteen Japanese students were due to visit the eastern coastal city of Shaoxing under an annual exchange program that goes back 30 years.

Such trips might resume next year if conditions improve, said an employee of Awara’s city hall, Toshihiro Nukami.

But Steven Andrews, an environmental and legal consultant, said other data show a decline.

An analysis of U.S. Embassy readings of smaller, more harmful airborne particles, show this year’s pollution is significantly worse than in the past three years, Andrews said.

Beijing’s city government only started publicly releasing air quality data in January 2012 that measured PM2.5, or fine particles smaller than 2.5 micrometers in diameter. They can enter deep into the lungs and can cause more damage. They are considered a more accurate reflection of air quality than other pollutants.

According to Andrews’ calculations, the average PM2.5 reading in the first half of 2013 was about 118 micrograms per cubic meter, compared with 95 last year and 89 in 2011. “In other words, so far this year the air pollution is about 25 percent worse than the first half of last year,” he said.

In June, the number of foreigners to the Chinese capital was down by about 19 percent from a year ago, according to the Beijing Tourism Administration.

The biggest drop was among Japanese visitors — 55 percent fewer came to the capital in the first six months. The number of Americans, the biggest single group of foreign visitors, declined 4 percent to just under 370,000.

How long the tourist decline lasts is linked to how quickly the smog clears, economists suggest.

Air and water pollution from factories and cars is the outcome of successful economic development and “difficult to control because it is difficult or politically infeasible to identify responsible parties,” said Tim Tyrrell, former director of the Center for Sustainable Tourism at Arizona State University.

“Thus the air pollution trends in China will be difficult to reverse and their impacts will be significantly negative on the tourism industry,” he said. These impacts could be reversed if “the government can make significant improvements in air quality and enthusiastically convey these improvements to international travelers.”

Other economists in the U.S. are studying data from 18 Chinese provinces from 1999 to 2010 that suggest air pollution hurts levels of foreign visitors.

A master’s degree thesis by Chinese student Cong Huang at the University of San Francisco was the starting point. She estimated that a 1 percent rise in air pollution will lower the number of foreign tourist arrivals by about 1.2 percent.

The Chinese government has announced ambitious new anti-pollution measures but people whose jobs depend on foreign tourists aren’t hopeful.

The sales manager of the Cuiming Garden Hotel, near Tiananmen Square in central Beijing, said guest numbers are down. She said the next three months usually are a busy period but if the slump continues, the hotel might cut prices.

“We’re still not very much confident about having many inbound tourists next year,” said the manager, who would give only her surname, Wang.