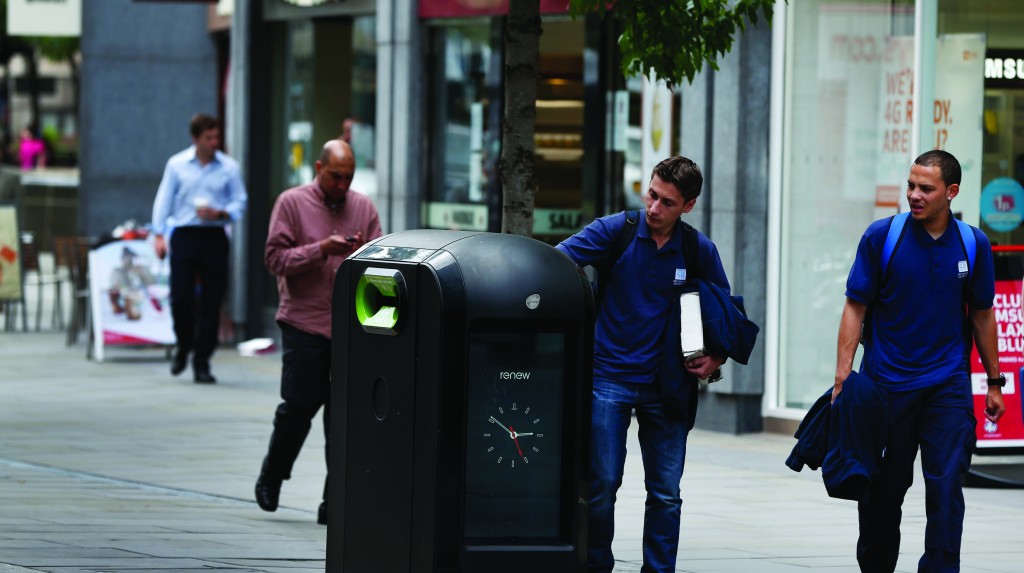 The Renew ad firm has been using technology embedded in the hulking receptacles to measure the Wi-Fi signals emitted by smartphones, and suggested that it would apply the concept of “cookies” — tracking files that follow Internet users across the Web — to the physical world.

“We will cookie the street,” Renew Chief Executive Kaveh Memari said in June.

But the City of London Corporation insisted that Renew pull the plug on the program, which captures smartphones’ serial numbers and analyzes signal strength to follow people up and down the street. Renew didn’t immediately return a call seeking comment on whether it would comply with the authorities’ demand.

The trash cans join a host of everyday objects that are being manufactured with the ability to send and receive data, opening up new potential for interaction — and surveillance.

It’s unclear how Renew had planned to use the data, which were gathered by its reinforced, shoulder-height pods stationed near St. Paul’s Cathedral and Liverpool Street Station.

Renew first tested the technology using 12 trash cans in May, but the story didn’t get traction until an article on news site Quartz led to a burst of media coverage.