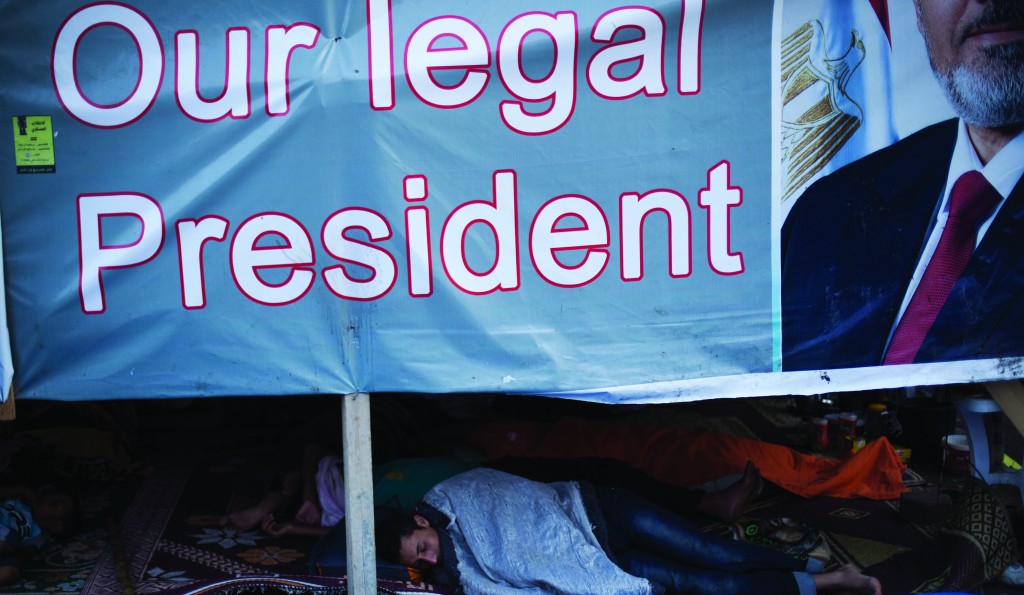 Supporters of toppled President Mohammed Morsi increased the pressure on Egypt’s interim leadership by defiantly flooding into two protest camps Monday, prompting police to postpone moving against the 6-week-old sit-ins because they feared a “massacre.”

Morsi’s Islamist backers have rejected negotiations with the military-backed government, leaving the most populous Arab nation in an uneasy limbo.

Still, the delay by the security forces gave the Sunni Muslim world’s top religious institution more time to try to ease the political tensions with a new initiative.

Authorities also showed no signs of meeting key demands by Morsi’s Muslim Brotherhood to release top Islamists who have been detained and face criminal investigations.

A judge ordered the deposed president, detained since he was overthrown July 3, to be held for 15 more days pending investigations of charges he conspired in 2011 with Palestinian terrorists, a judicial official said.

As news leaked that police were going to cordon off access to the sit-in sites early Monday, protesters took to the streets by the tens of thousands, and many made their way into the protest camps, whose populations include many women and children. Authorities said they wanted to “avoid bloodshed” and delayed taking any action.

The Anti-Coup Alliance, which works with the Brotherhood, said in a statement that the swift response of the people to come to the main sit-in site at the Rabaah al-Adawiya Mosque “is a great message to all parties that deserves our utmost respect.”

For weeks, the government has been warning protesters to disperse, describing the sit-ins as a security threat.

Both the protesters and the security forces blame each other for using live ammunition in two major clashes near the Rabaah encampment that have killed at least 130 Morsi supporters.

Further violence threatens not only to delay the transition to a democratically-elected leadership, but could also further weaken the economy after more than two years of political instability.