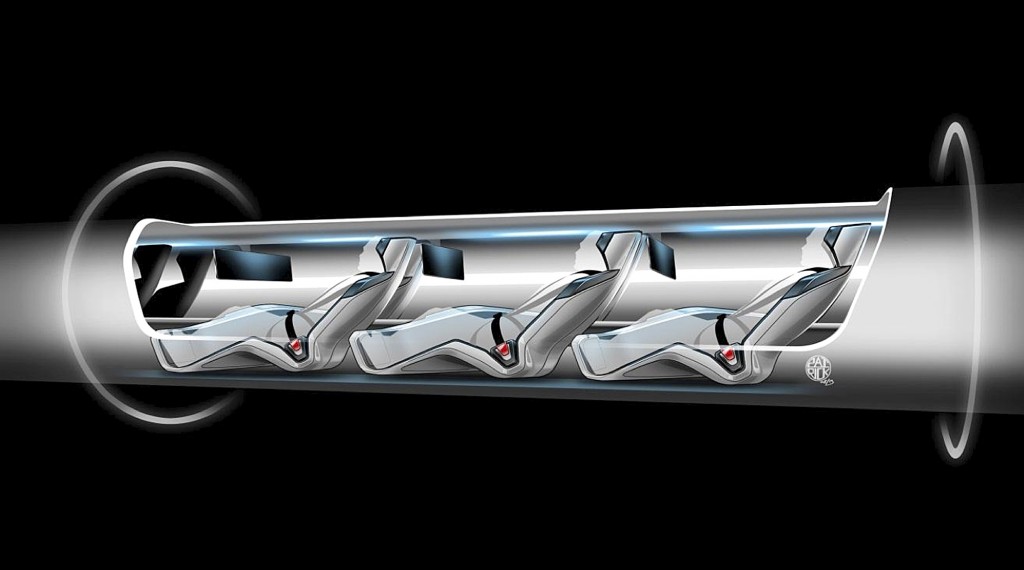 On Monday, billionaire entrepreneur Elon Musk unveiled a transportation concept that he said could whisk passengers the nearly 400 miles from Los Angeles to San Francisco in 30 minutes — half the time it takes an airplane.

If it’s ever built.

His “Hyperloop” system for travel between major cities would use a large tube. Inside, capsules would float on air, traveling at over 700 mph. The air would be sucked by a powerful fan at the front and expelled at the rear.

“Short of figuring out real teleportation, which would of course be awesome (someone please do this), the only option for super-fast travel is to build a tube over or under the ground that contains a special environment,” Musk wrote in his proposal, posted online.

The system Musk envisions is not unlike the pneumatic tubes that transport capsules stuffed with paperwork in older buildings.

In this case, the cargo would be several people, reclining for the ride.

Coming from almost anyone else, the hyperbole would be hard to take seriously. But Musk has a track record of success. He co-founded online payment service PayPal, electric luxury carmaker Tesla Motors Inc. and rocket-building company SpaceX.

Monday’s unveiling lived up to the hype part of its name.

Leading up to the unveiling, done on the SpaceX site, online speculation was feverish. Musk has been dropping hints about his system for more than a year during public events, mentioning that it could never crash and would be immune to weather.

During a Tesla earnings call on Thursday, Musk said he is too focused on other projects to consider actually building the Hyperloop.

“I think I kind of shot myself by ever mentioning the Hyperloop,” he said. “I don’t have any plans to execute, because I must remain focused on SpaceX and Tesla.”

He said he would fulfill his commitment to publishing an open-source design, meaning anyone can use it and modify it.