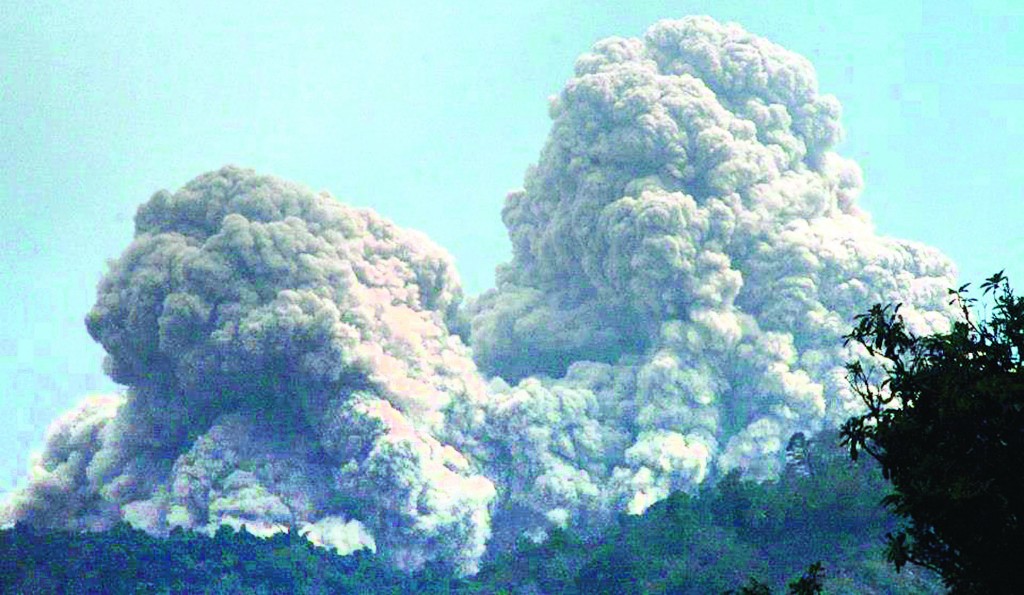 The six people swept up and killed by hot lava from an erupting volcano in eastern Indonesia had refused to leave the area for safer ground when the mountain began rumbling last year, an official said Sunday, one day after the eruption.

Nearly 3,000 people have been evacuated from the area since the volcano erupted early Saturday morning, according to the National Disaster Mitigation Agency. The volcano had been active since last October.

Tini Thadeus, head of the local disaster agency, said the six victims, who died while sleeping in a beachside village, were among those who had refused to leave last year when evacuations were carried out to establish a safety zone around the volcano.

“On their belief, if all the old villagers abandoned the red (danger) zone, then lava will destroy the residential area,” Thadeus said from Kupang, the provincial capital. Among the dead was a 58-year-old woman, the grandmother of the two children who also died.

“But unfortunately, not like in the past, lava from Saturday’s eruption flowed northward and hit them,” Thadeus said, adding that during earlier eruptions since the 1930s, volcanic material had always flowed southward.

Mount Rokatenda is one of 129 active volcanoes in Indonesia, an archipelago of more than 17,000 islands that’s home to 240 million people. The country is prone to earthquakes and volcanic activity because it sits along the Pacific “Ring of Fire,” a horseshoe-shaped region of fault lines.