General Stocks Slide on a Quiet Day, End Down for the Week 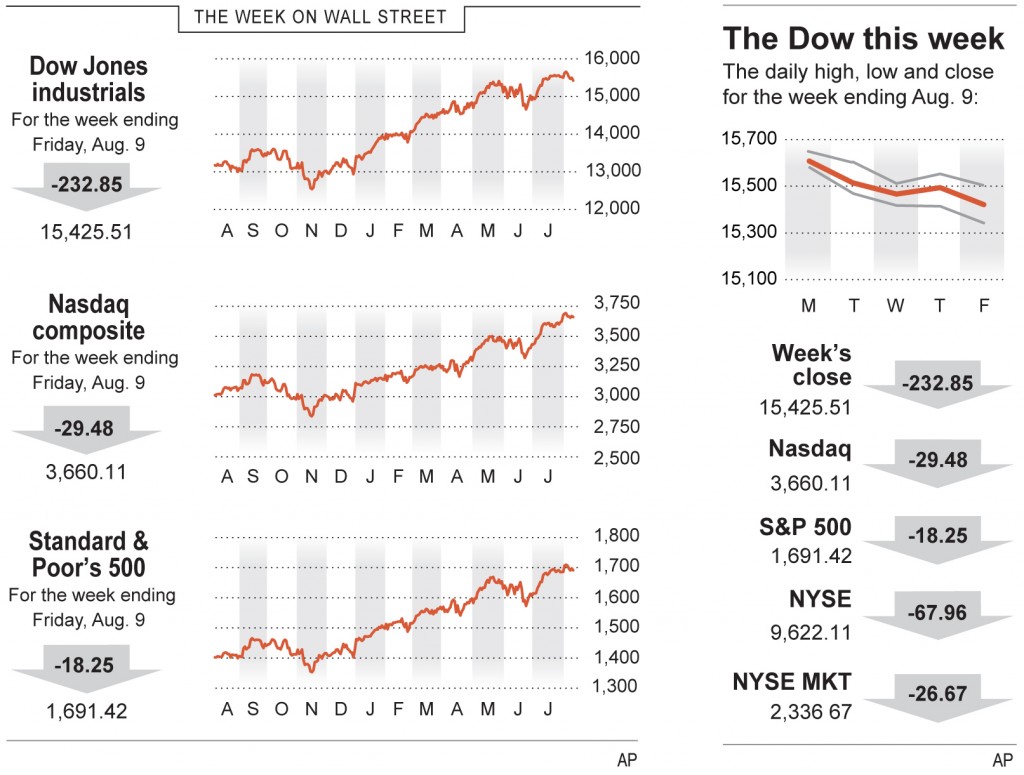 Friday was the ho-hum capstone to a ho-hum week in the stock market as unimpressive earnings kept investors feeling wary and news about the U.S. economy left them uninspired.

All three major indexes ended lower, and almost everything about the day screamed summer. Trading was light and the earnings season was nearly over.

The only major economic news the government released was about wholesale inventories, and that’s hardly a closely watched indicator. Those still at work remarked on the difference that just a week made — the S&P 500 and the Dow Jones industrial average both hit their highest closing levels exactly one week before — and joked that all their colleagues had already taken off for the Hamptons, a group of tony beach towns east of Manhattan.

“Practically the whole financial world is there today,” said Jeff Sica, president and chief investment officer of Sica Wealth Management, from his office in Morristown, N.J.

Friday marked not just a losing day but also a losing week for the Dow, the S&P 500 and the Nasdaq composite. It was the first weekly loss for the Dow since June.

Investors couldn’t pinpoint a specific reason for Friday’s decline but said the entire week — one in which the Dow and S&P 500 rose on only one day — has been weighed down by uninspired earnings reports. Earnings are up, but by less than analysts had forecast at the beginning of the year, and revenue is falling. There is also concern that the market has already reached its highs for the year. The S&P 500 is up 19 percent for the year.

“There’s no specific culprit here, but the market seems to be tired,” said Robbert Van Batenburg, director of market strategy at Newedge in New York.

Comments this week from Federal Reserve officials also make it seem likely that the Fed will soon rein in its stimulus measures, which are meant to prop up the economy and stock market. Some investors worry that yanking off the Fed Band-Aid will reveal an economy that can’t stand on its own.

J.C. Penney was one of the few companies making news. Shares fell 6 percent as the company’s board bickered with its largest shareholder, hedge-fund manager Bill Ackman, over how quickly the company should replace its interim CEO. The stock lost 79 cents to $12.87.

The government reported that sales for U.S. wholesalers increased — but wholesalers also cut their stockpiles for a third straight month, an indication that they’re uncertain about future demand.