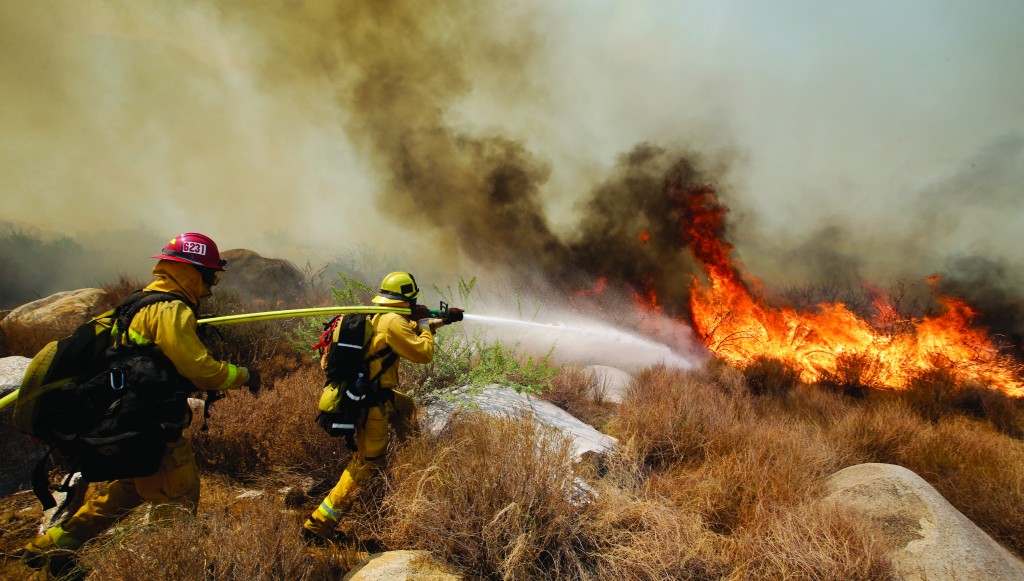 A growing wildfire chewed through a rugged Southern California mountain range on Thursday, damaging buildings, threatening as many as 600 homes and forcing some 1,500 people to flee.

A thousand firefighters, 13 helicopters and six air tankers battled the flames as they pushed eastward along the San Jacinto Mountains, a desert range 90 miles east of Los Angeles, said Daniel Berlant, a spokesman for the California Department of Forestry and Fire Protection.

The fire was estimated at 15K square miles Thursday, growing roughly 6 square miles overnight, with 10-percent containment. “Unfortunately the size of this fire continues to take away any progress that we’re making,” he said.

Fire officials estimated 15 structures burned but could not say how many of them were houses. A civilian with burns was flown to a hospital, he said. Four firefighters suffered unspecified injuries.

Residents told of fast-moving flames that left little time to get out after the fire erupted Wednesday afternoon.