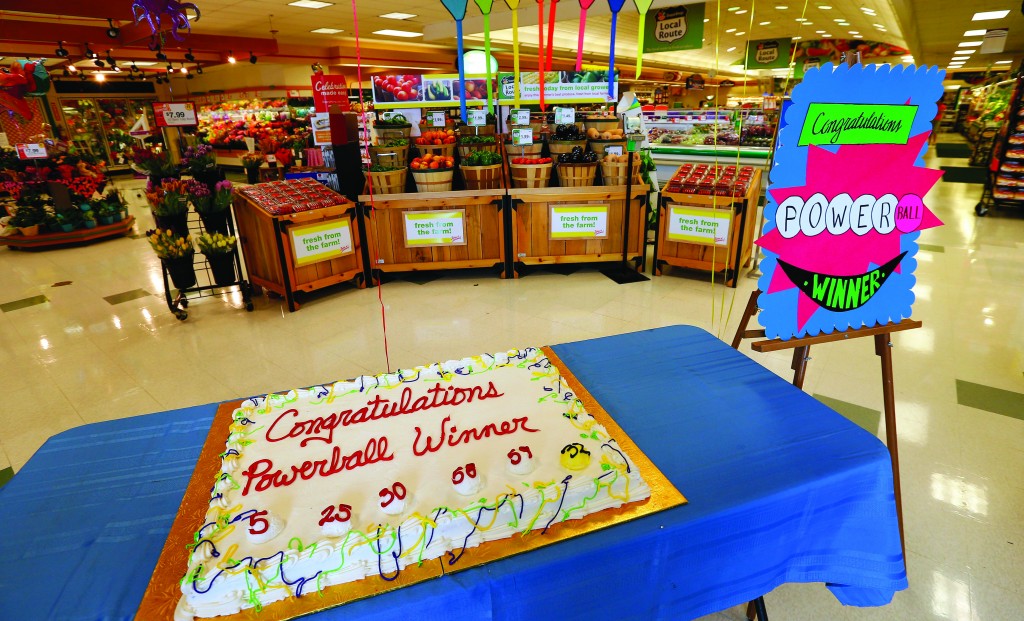 A Minnesota man claimed his third of a $448-million Powerball jackpot on Thursday, wasting no time before revealing his good fortune to the world and saying he had “been waiting for this day my entire life.”

Paul White, 45, a project engineer from Ham Lake, said his family often gave him a hard time for frequently playing the lottery, and he had a tough time convincing many of them earlier Thursday that he had won.

White said he’ll take a lump sum, which will amount to $58.3 million after taxes. Despite the minuscule odds of a jackpot win, White said he often daydreamed about how he’d spend his winnings if he ever won.

The other two winning tickets were sold in New Jersey, one in a coastal community that is still recovering from Superstorm Sandy. But no one had stepped forward to claim either of those two shares as of Thursday afternoon.

Mega-jackpot winners often wait days or weeks before claiming their prizes, giving them time to prepare and make legal arrangements. White said he had an attorney and financial adviser in mind and wasn’t afraid of the publicity, noting that the New Jersey winners hadn’t stepped forward yet.

“I hope I’m yesterday’s news as soon as possible,” he said.

“Hopefully, it’s somebody who lives in the area, and this is their reward for having gone through this,” said Carol Blackford, a retiree whose home in Little Egg Harbor was flooded with knee-high water during Sandy last October. “And if they want to share, we’re here.”

But even if the winner wasn’t someone devastated by the storm, the community will benefit from the jackpot.

Phil Weber, director of the Acme Markets store where the winning ticket was sold, said Thursday that the store would donate $10,000 in gift cards to local charities. Weber said some of the store’s employees are still out of their homes more than nine months after the storm. The store itself has been making donations since Sandy, Weber said.

He said he has not learned yet what the store’s share will be.

The third ticket was sold in a Super Stop & Shop store in South Brunswick, N.J.

Each winning ticket was worth $86 million before taxes, or $58.3 million after taxes, if taken in a lump sum. They are worth $149.4 million over 30 years if the winners choose the annuity option.