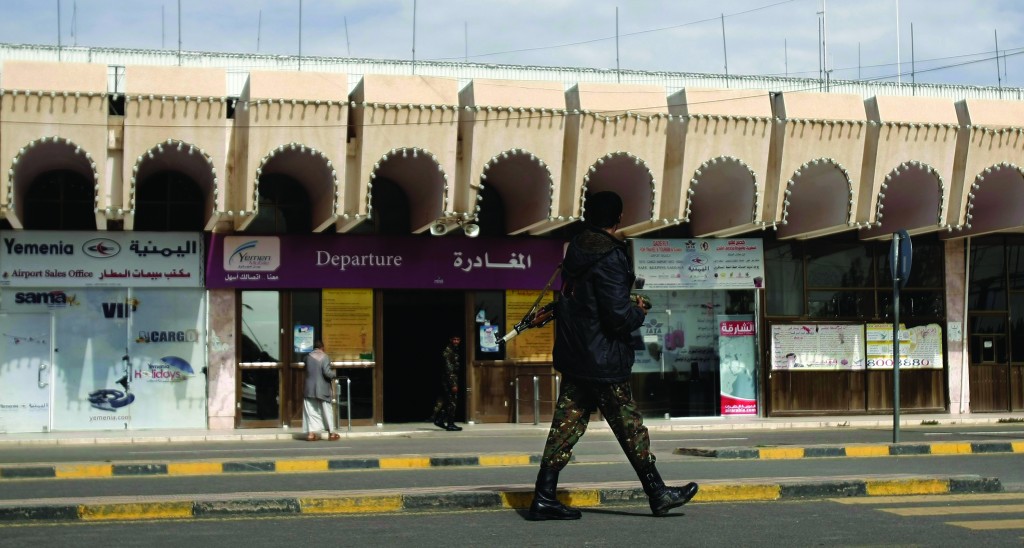 Authorities foiled plots by al-Qaida to take over key cities in southern Yemen and attack strategic ports and gas facilities, a government spokesman said Wednesday, amid a heightened alert that has seen Western embassies evacuated and a new suspected U.S. drone strike that killed seven alleged members of the terrorist group.

Al-Qaida planned to target the cities of Mukalla and Bawzeer, then send terrorists disguised as Yemeni troops to attack two strategic oil ports in the impoverished country on the Arabian Peninsula, government spokesman Rageh Badi said.

Other al-Qaida militants would also try to sabotage pipelines to “create panic among Yemeni army and Yemeni security services,” Badi told The Associated Press, adding that authorities managed to foil the plots in the past 48 hours.

Details of the plot were first reported by the BBC.

His remarks came hours after Washington apparently stepped up its drone strikes in Yemen in the covert fight against terrorists from al-Qaida’s branch, which is considered the most active of the terrorist network.

Security officials and residents said early Wednesday that a suspected U.S. drone strike killed seven suspected al-Qaida terrorists in southern Yemen, the fifth such attack in the country in less than two weeks.

Yemen has emerged as the focus of a feared attack that has led the U.S. to shut down temporarily 19 diplomatic posts in the Middle East and Africa. American and British workers from embassies in Yemen’s capital of Sanaa also have been evacuated.

Washington has been backing a campaign by Yemen’s military to uproot al-Qaida terrorists and their radical allies who had taken over a string of southern cities and towns. The terrorists have largely been driven into the mountains and countryside, and Yemeni intelligence officials say the current threat may be retaliation for that offensive.

A U.S. intelligence official and a Mideast diplomat told the AP that the closures were triggered by the interception of a secret message between al-Qaida chief Ayman al-Zawahri and Nasser al-Wahishi, the leader of the Yemen-based al-Qaida in the Arabian Peninsula, about plans for a major attack.

The drone strike killed the terrorists in Shabwa province, setting two vehicles on fire, security officials said. All the officials spoke on condition of anonymity because they were not authorized to discuss the matter with the media.