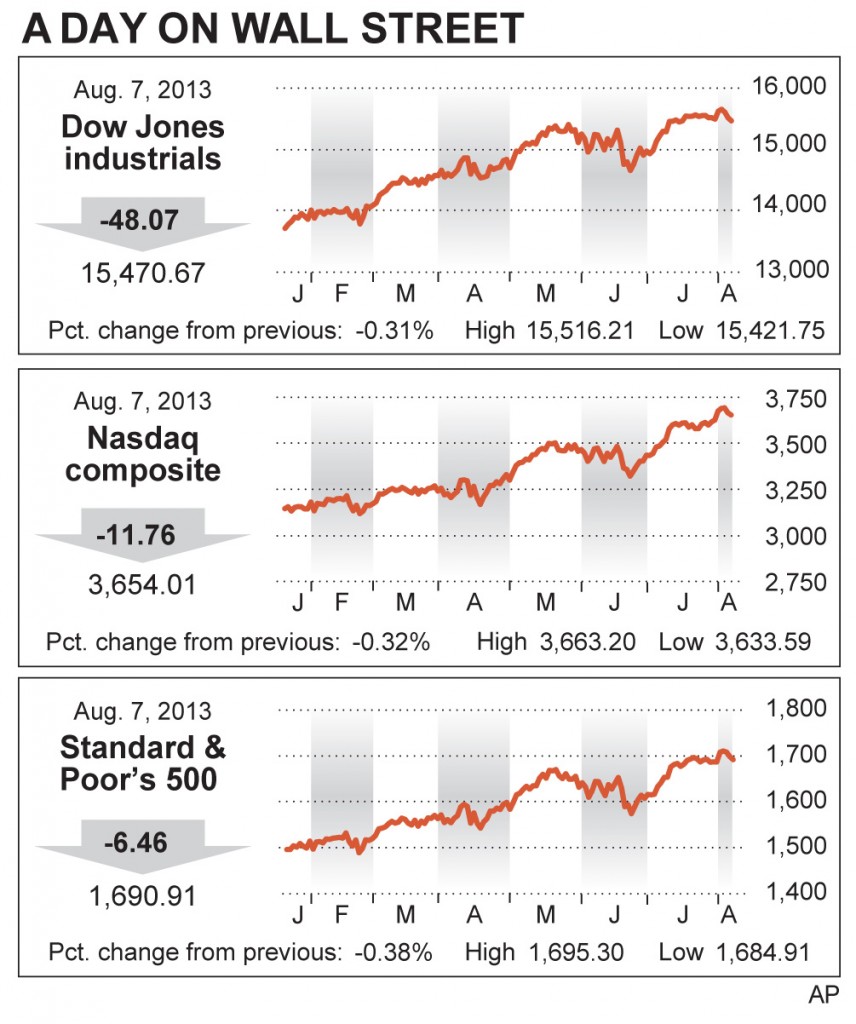 Banks had some of the biggest losses following news that the government filed lawsuits accusing Bank of America of misleading investors.

The S&P 500 has drifted down 1.1 percent since reaching an all-time high of 1,709.67 on Friday. Trading has been thin this week, and warnings of slowing sales and tepid quarterly results have given investors no reason to push the market higher.

“I’m not concerned about the market being down over a few days given how much it’s run up,” said Paul Zemsky, the head of multi-asset strategies at ING Investment Management. “Put it in context, and it’s not concerning.”

In separate lawsuits filed Tuesday, the Justice Department and the Securities and Exchange Commission said the country’s second-largest bank failed to tell investors about the risks involved in a 2008 sale of mortgage-backed bonds. BofA fell 11 cents, or 1 percent, to $14.53.

As the second-quarter earnings season winds down, the overall picture looks mixed. Most companies have reported better earnings along with weaker revenue.

The yield on the 10-year Treasury note fell to 2.60 percent from 2.64 percent late Tuesday.