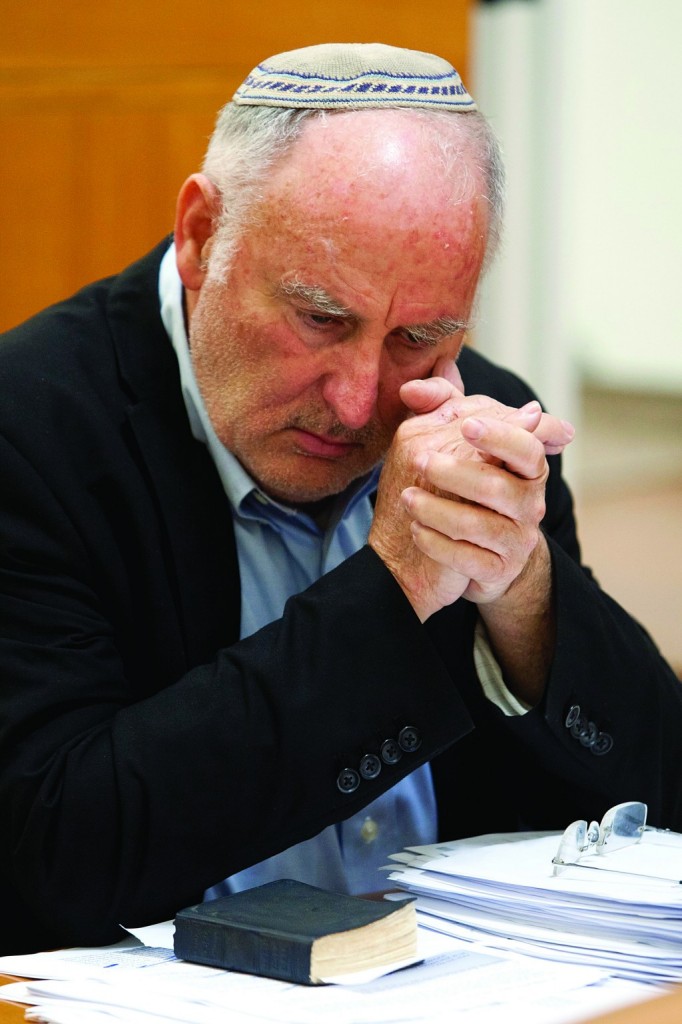 The Israeli government responded on Wednesday to a petition to the High Court by the Almagor Terror Victims Association seeking to prevent the release of 104 Palestinian prisoners, including many terrorists convicted of murder.

The initial phase of the prisoner release, which had been demanded by the Palestinian Authority as a precondition to peace talks, is scheduled for August 13.

The state argued that the decision follows the government’s fundamental authority over affairs of state and that court intervention would be an encroachment on that authority.

The government invoked security considerations, on the grounds that the prisoner release could lead to a improved security situation by potentially resolving the Israeli-Palestinian conflict.

It was noted as well the release was divided into four phases over nine months, and would only be concluded if the Palestinian side showed it was negotiating in good faith. The second, third and fourth phases are not slated until four, six and eight months respectively.

Regarding the specific prisoners to be released, the state said that most of their crimes came before the 1993 Oslo Accords, meaning at a time when Israel and the Palestinians were in an unambiguous state of conflict, and that most had already served between 20-30 year prison sentences.

The state added that if any of the prisoners violated the terms of their pardons, they would be rearrested.

Finally, the state noted that the court had repeatedly upheld its authority to make such prisoner release deals, including most recently the swap for Gilad Shalit.

Meir Indor, head of Almagor, said he did not expect the Court, now led by President Asher Grunis, to act differently from the way it did in the Shalit case under then-President Dorit Beinisch.

Grunis would likely view the release primarily as “an issue of state policy,” and not about contempt for the court’s prison sentences and the injustice toward the prisoners’ victims, Indor said.

The public should understand that such releases “undermine the entire standard legal framework” for bringing terrorists to justice, keeping them behind bars and providing justice to victims.

Furthermore, he argued that the High Court “has not been consistent” regarding non-intervention in state policy-making. Whereas it refused to block the Shalit prisoner release, it has frequently intervened to order the state to “change the placement of the security barrier,” he said.

Indor promised to wage a “day in, day out” campaign to fight the prisoner release.