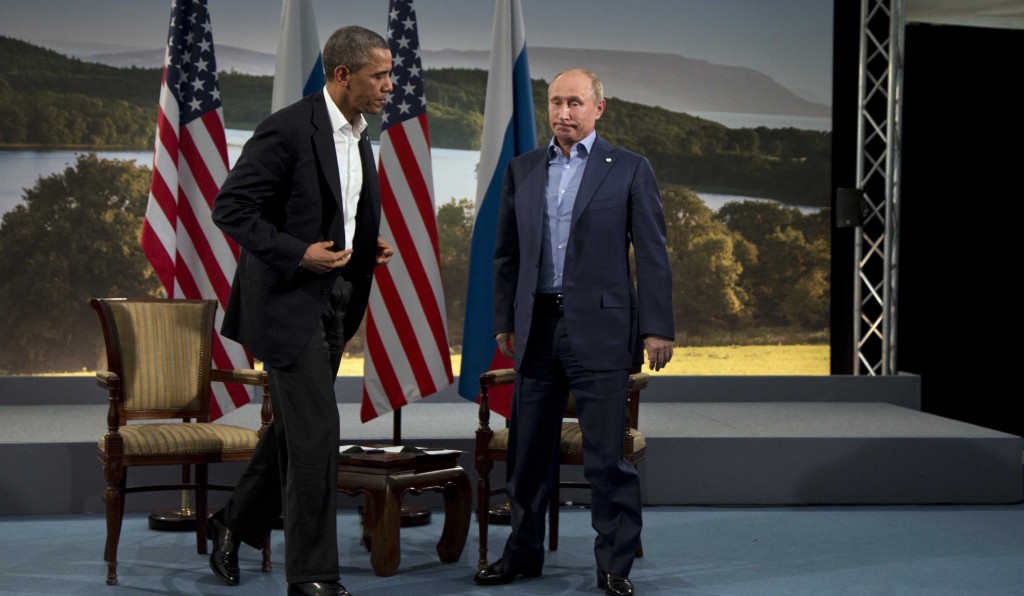 The decision reflected both U.S. anger over Russia’s harboring of National Security Agency leaker Edward Snowden and growing frustration within the Obama administration over what it sees as Moscow’s stubbornness on other key issues, including missile defense and human rights.

Obama will still attend the Group of 20 economic summit in St. Petersburg, Russia, but a top White House official said the president had no plans to hold one-on-one talks with Putin while there. Instead of visiting Putin in Moscow, the president will add a stop in Sweden to his early September travel itinerary.

Obama, who is traveling in California, said in an interview Tuesday that he was “disappointed” by Russia’s move to grant Snowden asylum for one year. But he said the move also reflected the “underlying challenges” the U.S. faces in dealing with Moscow.

“There have been times where they slip back into Cold War thinking and a Cold War mentality,” Obama said in an interview on NBC.

White House deputy national security adviser Ben Rhodes said Russia’s decision last week to defy the U.S. and grant Snowden temporary asylum only exacerbated an already troubled relationship. And with few signs that progress would be made during the Moscow summit on other agenda items, Rhodes said the president decided to cancel the talks.

“We’ll still work with Russia on issues where we can find common ground, but it was the unanimous view of the president and his national security team that a summit did not make sense in the current environment,” Rhodes said.

Obama’s decision to scrap talks with Putin is likely to deepen the chill in the already frosty relationship between the two leaders. They have frequently found themselves at odds on pressing international issues, most recently in Syria, where the U.S. accuses Putin of helping President Bashar Assad fund a civil war. The U.S. has also been a vocal critic of Russia’s crackdown on Kremlin critics and recently sanctioned 18 Russians for human rights violations.

For its part, Moscow has accused the U.S. of installing a missile shield in Eastern Europe as a deterrent against Russia, despite American assurances that the shield is not aimed at its former Cold War foe. Putin also signed a law last year banning U.S. adoptions of Russian children, a move that was seen as retaliation for the U.S. measure that cleared the way for the human rights sanctions.

Obama and Putin last met in June on the sidelines of the Group of 8 summit in Northern Ireland. While there, they announced plans to hold the additional talks in Moscow.

White House spokesman Jay Carney said the U.S. told the Russian government Wednesday morning that Obama believed “it would be more constructive to postpone the summit until we have more results from our shared agenda. ”

Sen. Charles Schumer, D-N.Y., welcomed the decision, saying Putin was “acting like a school-yard bully and doesn’t deserve the respect a bilateral summit would have accorded him.”

The 30-year-old Snowden is accused of leaking highly secretive details about NSA surveillance programs. He first fled from the U.S. to Hong Kong, then made his way to Russia. He was marooned in the transit zone of a Moscow airport for more than a month before Russia granted him asylum last week.

For Russia, the decision could be used as cover to depict itself of a defender of human rights amid criticism from the U.S. and other nations of its tough crackdown on dissent.

Even as Obama scraps plans to meet with Putin, Secretary of State John Kerry and Defense Secretary Chuck Hagel are preparing for meetings in Washington on Friday with their Russian counterparts. Snowden’s status is expected to be a main topic of conversation.

The lower-level meetings with Russia underscore that the U.S. cannot completely sever ties with the Kremlin. Russian transit routes are critical to the U.S. as it removes troops and equipment from Afghanistan. And despite deep differences over Syria’s future, the White House knows it will almost certainly need some level of Russian cooperation in order to oust Assad.

Still, some congressional lawmakers have called for Obama to not only scrub the Moscow summit but also demand that Russia forfeit its right to host the G-20 summit. Others have spoken of boycotting next year’s Winter Olympics in the Russian city of Sochi.

In his interview Tuesday, Obama defended his decision to attend the G-20 summit, an annual gathering of the world’s largest economies. Given the U.S. role in an increasingly interdependent global economy, Obama said it made sense to have high-level representation.

The G-20 summit is scheduled to take place in St. Petersburg on Sept. 5-6. The White House said Obama would arrive in Stockholm, Sweden, on Sept. 4 for his first visit as president to the Northern European nation.

Rhodes said Sweden has been an important U.S. partner on clean energy issues and will be part of a U.S. trade agreement being negotiated with the European Union.