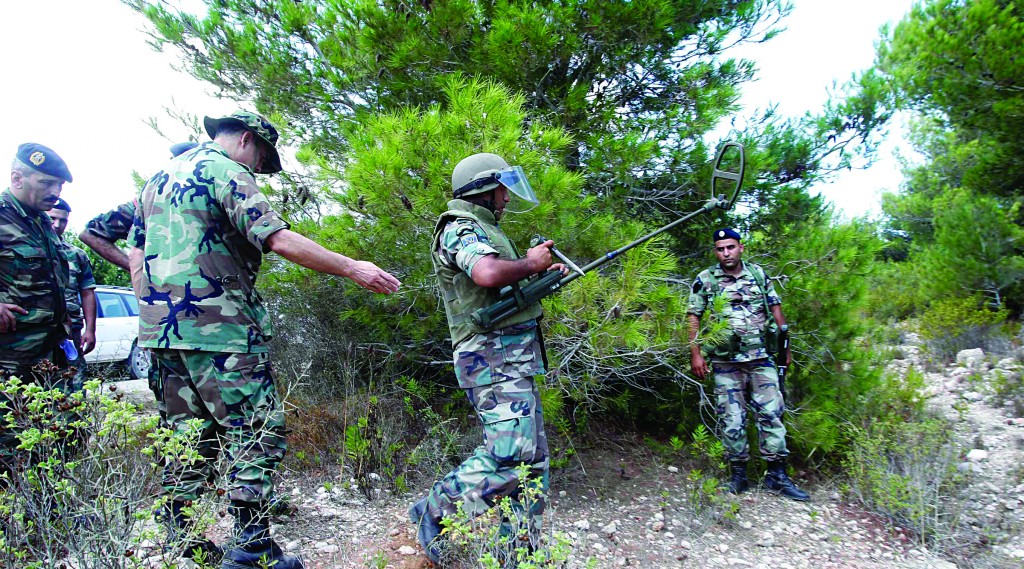 An explosion along the border with Lebanon wounded four Israeli soldiers on Wednesday morning.

The soldiers were evacuated to a hospital in Nahariya, suffering mostly shrapnel wounds. One was reported to be in the intensive care unit; the other three underwent surgery and are expected to be released in the coming days.

The incident took place during a patrol of the border in an area where there are land mines. Lebanon’s state-run National News Agency said the soldiers were wounded by a land mine about 150 yards inside Lebanon.

“During the operation, the forces hit an [explosive] device. We are studying the event to determine whether this was a new or old device. Obviously we’ll learn the lesson that needs to be learned here, but the activity will continue,” Defense Minister Moshe Yaalon said.

Later, in the evening Yaalon described it as a hidden bomb, according to Arutz Sheva.

“During the infiltration, an explosion occurred which led to a number of [Israeli soldiers] being wounded,” the Lebanese military said, adding it was investigating the circumstances of the blast in coordination with U.N. peacekeepers in southern Lebanon.

An Israeli military spokesman said only that the soldiers were involved in “an activity near the border,” but gave no further details.

Andrea Teneti, a spokesman for the peacekeeping force, UNIFIL, described the situation along the frontier after the explosion as calm.

In a statement, UNIFIL said it had opened an investigation and had asked the Israeli military to provide details “of any incident in the area as alleged” and its precise location.