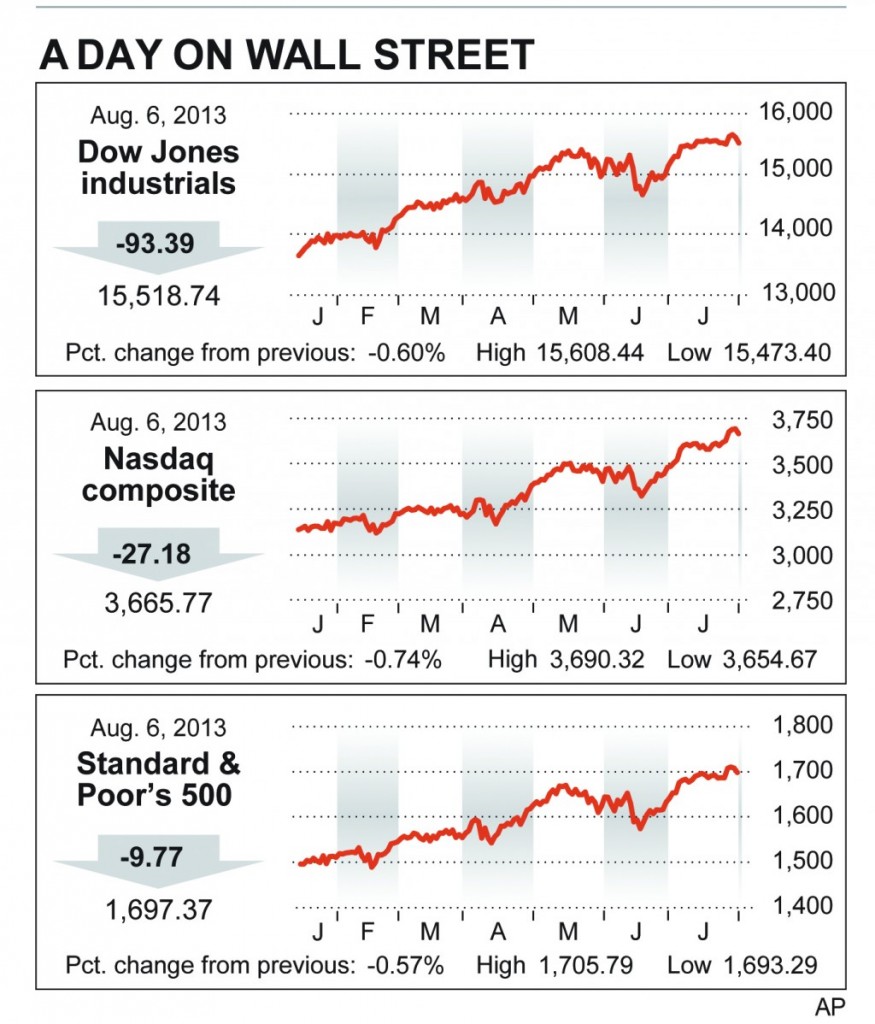 Warnings of weaker profits helped pull the stock market down on Tuesday, despite some positive economic news.

American Eagle plunged 12 percent after the retailer slashed its earnings forecast in half late Monday, blaming weak sales. The company said cutting prices on clothing to lure in shoppers was hitting its profit margins. American Eagle dropped $2.40 to $17.57.

Most companies have reported better results during the second-quarter earnings season, but sales have slowed. A growing number of companies, including eBay and Marriott, have told analysts to lower their expectations for the coming quarters. The overall picture has left investors with little reason to cheer.

Analysts expect companies in the Standard & Poor’s 500 index to post earnings growth of 4.4 percent in the second quarter. But revenue is on track to shrink 0.6 percent.

Major indexes headed lower from the opening bell Tuesday, bottomed out around 11 a.m. then slowly recovered some of their losses. The Dow was down as much as 138 points.

IBM fell the most in the Dow following reports that the company would require some workers to take time off this month as hardware sales slow. Credit Suisse also cut its rating on the company. IBM dropped $4.51, or 2 percent, to $190.99.

In economic news, the government reported record U.S. exports in June and new data was released showing that home prices are rising sharply.

The stock market remains near record highs. The S&P 500 index closed above 1,700 points for the first time last week and rose five of the past six weeks. The S&P, a benchmark for most stock mutual funds, is up 19 percent this year, ahead of its 13 percent gain in 2012.

Traders often buy gold in the belief that the Fed’s efforts would weaken the dollar and spur higher inflation, driving prices for gold and other precious metals higher. Hints from Fed officials that the bank may change course this year have battered commodity prices.

The yield on the 10-year Treasury note was unchanged from late Monday at 2.64 percent.