Regional Other NJ Senate Candidates Get Crack at Booker
Regional 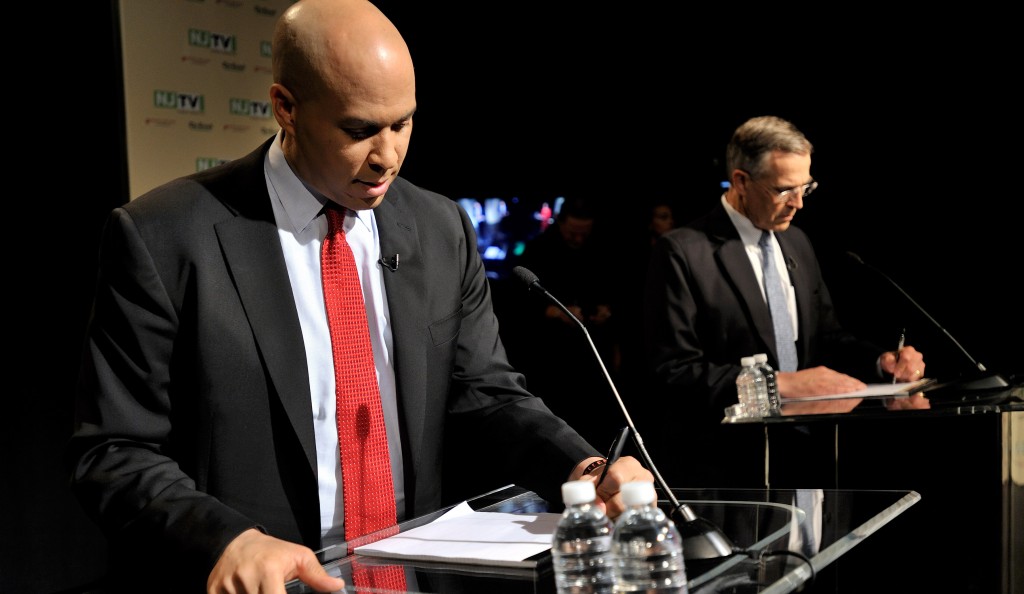 The three other Democrats running in New Jersey’s special U.S. Senate election finally got their crack at Newark Mayor Cory Booker in a debate that showed their differences seem to be more in outlook than in policy.

Booker, the overwhelming leader in polls on the Aug. 13 primary, smiled frequently, sometimes counterattacked and occasionally ignored criticism from other candidates Monday in the first of two debates in which he’s agreed to participate.

They jabbed him for ducking debates, supporting vouchers to send children to private schools, working closely with Republican Gov. Chris Christie and for not publicly supporting a health-insurance system run by the government.

Three other experienced politicians — U.S. Reps. Rush Holt and Frank Pallone and state Assembly Speaker Sheila Oliver — are also in the race to fill the final 15 months of the term of Frank Lautenberg, who died in June at age 89.

Monday’s debate at Montclair State University gave each of the candidates a chance to make their cases.

Oliver described Washington as a boys’ club and said that change requires electing women. All 13 members of the state’s Congressional delegation are men.

Holt talked about his background as a scientist and a teacher and said he’d bring a fact-based approach to the Senate.

Pallone boasted about being an author of President Obama’s health-insurance overhaul.

And Booker, who told of growing up in suburban Harington Park then moving into some of Newark’s roughest neighborhoods, talked about an economic resurgence in his city, and said he’s been willing to take steps, such as running health programs and investing in the city’s ports, that he said state and federal lawmakers haven’t.

“We need people who can bring folks together in Washington,” he said. “It’s time for action and getting things done.”

Both congressmen criticized Booker’s support for school vouchers, saying that approach siphons money from the public school system. Booker said he thinks the program could expand educational opportunity and said both congressmen had voted for bills that included similar programs for Washington, D.C.

On many issues, the differences between the candidates’ positions were difficult to discern. All expressed concerns about Russia but said that the U.S. should not risk its relationship over that nation’s granting asylum to Edward Snowden, who leaked details of a National Security Agency program that gathers data on citizens’ phone records. They expressed varying degrees of wariness about the program that Snowden divulged.

One of the most contentious parts was over health insurance.

Oliver and Pallone said they support a government-run insurance system but that it can’t get passed now.

Holt told them that their approach is “another way of saying we can only do things that we clear with the tea party.”

The winner of next week’s Democratic primary will face a conservative Republican in the Oct. 16 general election — either Franklin Township physician Alieta Eck or former Bogota Mayor Steve Lonegan.

New Jersey hasn’t elected a Republican to the Senate in 40 years.