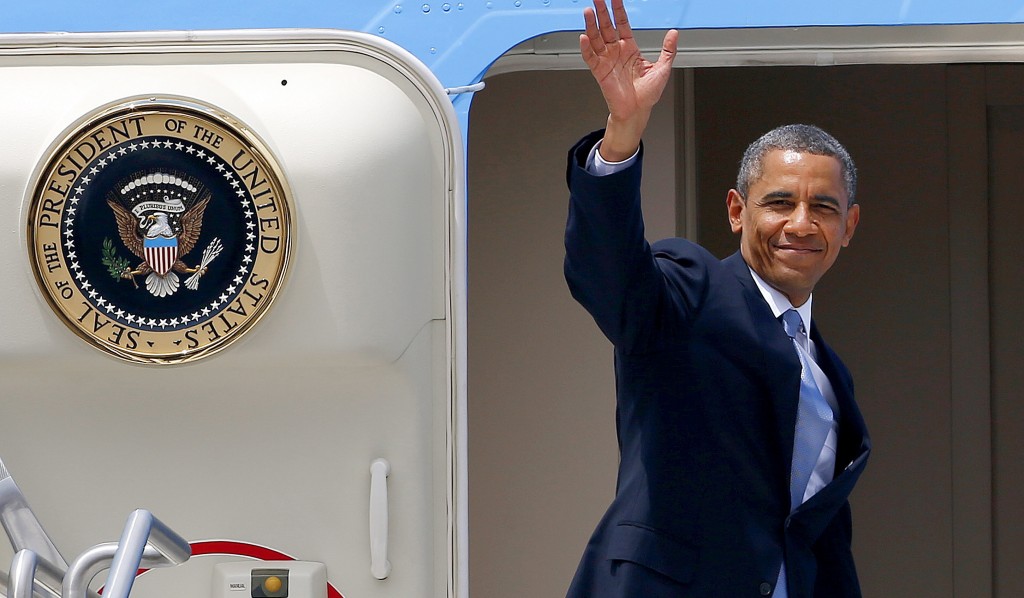 Buoyed by an improving housing market, President Barack Obama on Tuesday proposed a broad overhaul of the nation’s mortgage finance system, including winding down government-backed Fannie Mae and Freddie Mac. He declared that taxpayers should never again be left “holding the bag” for the mortgage giants’ bad bets.

Obama outlined his proposals in Phoenix, the once foreclosure-riddled city at the epicenter of the nation’s housing crisis. The housing market in Phoenix, as well as in many other parts of the country, has rebounded robustly, with prices in the southwestern city up 66 percent from the low point in 2011.

Despite the nationwide gains, the president said sweeping housing reforms are still needed to ensure that a rejuvenated market doesn’t simply “re-inflate the housing bubble.” The cornerstone of that effort is winding down Fannie Mae and Freddie Mac, a proposal with bipartisan support in the Senate.

“For too long, these companies were allowed to make big profits buying mortgages, knowing that if their bets went bad, taxpayers would be left holding the bag,” Obama told a crowd of more than 2,000 at an area high school. He spoke following a tour of a construction company that has been able to hire hundreds of new workers as a result of the region’s housing comeback.

While the president has previously endorsed overhauling Fannie and Freddie, his remarks Tuesday marked the first time he outlined his specific proposals for doing so.

The president wants to replace Fannie and Freddie with a system that would put the private sector, not the government, primarily at risk for loans. The government would still be involved, both in oversight and as a last-resort loan guarantor.

Making light of criticism from Republicans who have cast him as a big-spending liberal, Obama joked that his calls for deeper private sector involvement “must sound confusing to the folks who call me a socialist.”

Obama’s mortgage reform priorities are largely in line with a Senate measure shepherded by Republican Sen. Bob Corker of Tennessee and Democratic Sen. Mark Warner of Virginia that would wind down Fannie Mae and Freddie Mac within five years. Corker said Obama’s remarks were a sign of real and growing momentum behind efforts to shutter the mortgage giants.

Once flourishing, Fannie and Freddie were bailed out in 2008 by a $187 billion taxpayer-backed bailout. The two enterprises don’t make loans directly, but buy mortgages from lenders, package them as bonds, guarantee them against default and sell them to investors. The enterprises currently own or guarantee half of all U.S. mortgages and back nearly 90 percent of new ones.

Obama’s trip to Phoenix marked the latest stop on a summertime tour aimed at rallying the public around his economic policies ahead of looming budget fights with congressional Republicans this fall. It was also a return to the city he visited just weeks after taking office in 2009 to tout the government’s role in bolstering the housing market.

But some of Obama’s housing proposals remain stalled in Congress, including sweeping refinancing legislation that would expand eligibility for homeowners who do not have government-backed mortgages. On Tuesday, he reiterated his calls for lawmakers to pass his refinancing proposals, saying they would help homeowners save thousands per year.

The nationwide housing recovery has been providing critical support to the economy at a time when manufacturing and business investment have stagnated. Steady job growth and low mortgage rates in the past year have also fueled more home sales. The increased demand, along with a tight supply of homes for sale, has pushed home prices higher and encouraged builders to start more homes and create more construction jobs.

Seeking to highlight the broad impact of the housing market, Obama opened his stop in Phoenix with a tour of Erickson Construction, a company that makes building frames for homebuilders in three western states. The White House said the company’s workforce has expanded from less than 100 employees at the depths of the recession to more than 580.

Just two years ago, the region was in the throes of the worst housing collapse in the country, with prices down nearly 60 percent from their June 2006 peak and banks foreclosing on 70,000 homeowners a year. While the current median home price remains below peak, the levels have risen 66 percent from September 2011. Buyers are plentiful and homes for sale scarce, leading to bidding wars for resale homes.

At the high school in Phoenix, students in the audience interrupted Obama with a rendition of “Happy Birthday”; the president turned 52 on Sunday.