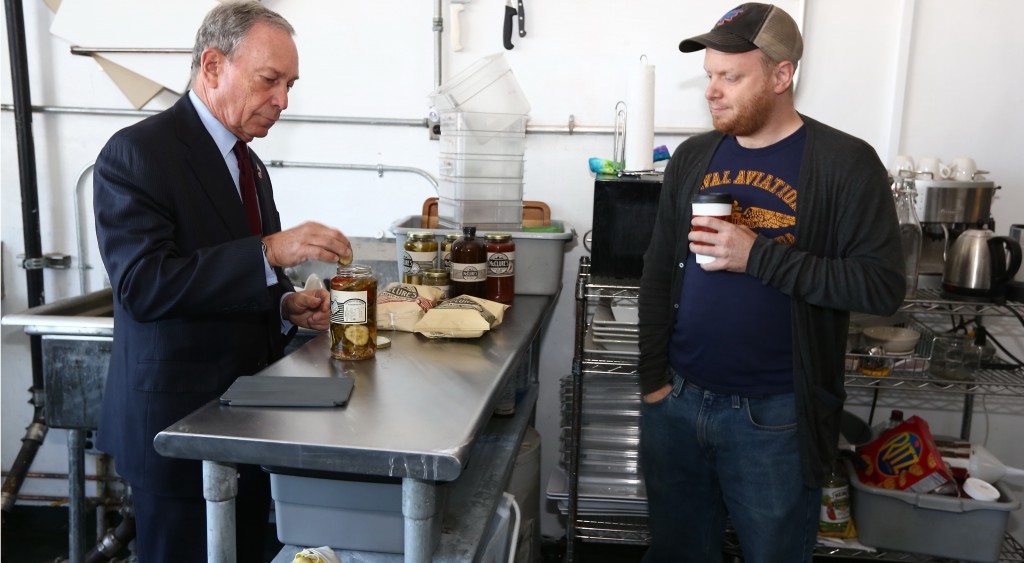 The city will seek bids within days for its multibillion-dollar health insurance contracts, Mayor Michael Bloomberg said Tuesday, invoking Detroit’s bankrupcy as he deepened his stance in a standoff with unions.

In a speech on economic issues, the mayor again drew the hard line he has taken on labor issues in recent years and outlined a challenge for whoever succeeds him in January.

Detroit’s recent bankruptcy and Chicago’s layoffs of more than 2,000 school staffers, he said, illustrate the potential consequences of not trimming government health care and pension costs.

“We may be a long way from Detroit,” he said, touting New York’s rebound from the 2008 financial crisis and efforts to make its economy less dependent on Wall Street. “But we are only a short ways from relapsing into decline if we allow health care and pension benefits to crowd out the investments that make New York City a place where people want to live, work, study and visit.”

Teachers, jail officers and many other city employees have been working with expired contracts, some for several years. Many workers haven’t gotten cost-of-living raises since the contracts lapsed, although some get pay boosts reflecting longevity or new credentials.

Bloomberg’s administration has said it would reach contracts if workers pay more for health insurance and forgo back raises, which he says the city can’t afford.

Some other candidates hew closer to Bloomberg’s views. Republicans Joe Lhota and John Catsimitidis, for instance, reiterated Tuesday that back raises would be prohibitive.

Bloomberg acknowledged Tuesday that the issue would extend beyond his term, but he argued his successor would have “enormous leverage” to win concessions from unions eager to try for new contracts with a new mayor.

“The question is: Will the next mayor continue to hold the line — or capitulate?” the Democrat-turned-Republican-turned-independent mayor said during his speech at a former Brooklyn pharmaceutical plant that’s now a business incubator.

Bloomberg wants more city employees to contribute to their health insurance premiums — currently, about 5 percent do, he said. The coming request for proposals will aim to save up to $400 million a year on insurance costs that have doubled since 2002, to $6.3 billion this year, he said.

Bloomberg also wants changes to a pension system that now costs the city more than $8 billion a year, compared with $1.4 billion in 2002. He suggested that city workers have a choice between a traditional, “defined benefit” pension and what’s known as a “defined contribution” plan, such as a 401(k). Traditional pensions usually cost employers more.

“Eventually, the bills came due,” Bloomberg said. “And that brings us to the second key lesson: the importance of responsible fiscal stewardship.”

“Unlike the laws of physics, the forces that can stop a city can be internal, not just external — short-sightednes, corruption, mismanagement, and, perhaps most dangerous of all, special interest politics. Over the course of several decades, we saw all of those factors at work in Detroit.”