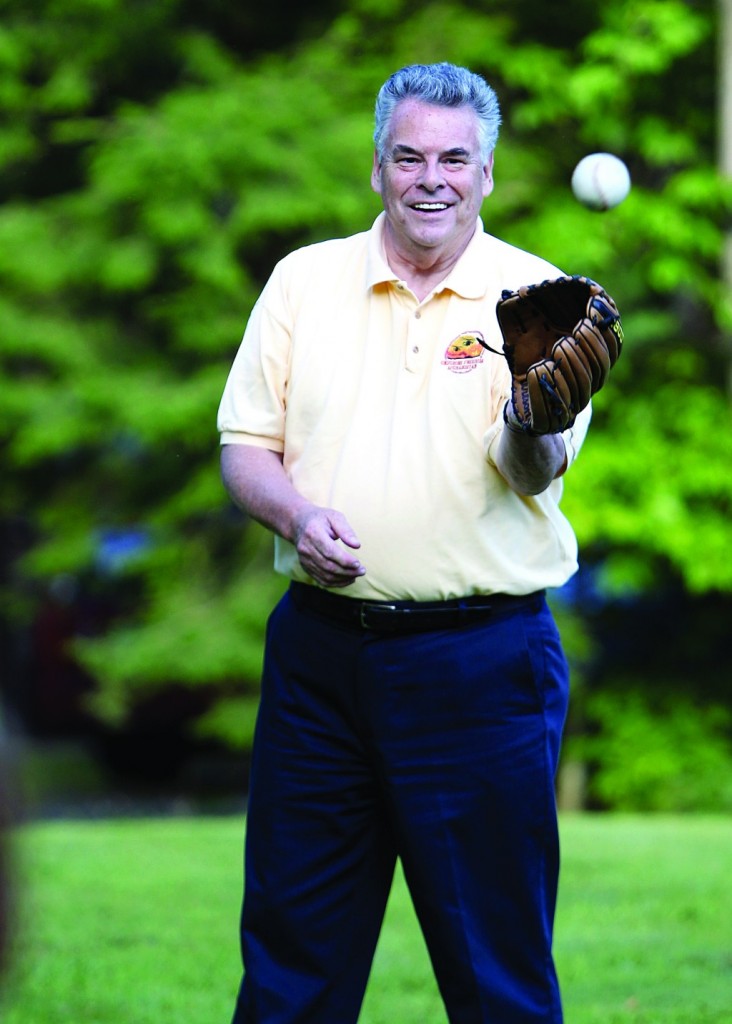 New York Rep. Peter King acknowledges he’d have a double motive as a presidential candidate — winning the White House and stopping what he calls a dangerous shift in the GOP toward an isolationist foreign policy, perhaps the more achievable of the two objectives.

Largely unknown to most Americans, King has used his post as chairman of the House Homeland Security counterterrorism and intelligence subcommittee to become one of the Obama administration’s chief critics on international affairs. And he promises that his passion for a strong national defense would dominate his campaign.

“We have to go back to being the party of national defense,” the 11-term congressman said Monday while touring this town on the shores of Lake Winnipesaukee. It was King’s first visit to the first-in-the-nation-primary state since early this summer, when he first dangled the prospect of running for president.

“I don’t want it to sound like I’m looking for a consolation prize,” he said, noting that should he run he’d be on “a dual track” to win and balance the increasingly vocal libertarian wing of the GOP.

“We are the No. 1 target in the world of Islamic terrorists,” he told roughly 50 New Hampshire supporters — many of them with New York roots — gathered at a backyard barbecue. “I would love if we never had to send one solider overseas, or if we never had to be involved in any country in the world. But we live in a dangerous world and we don’t have that luxury.”

King’s path to relevance in the 2016 presidential contest is unclear.

For now, he says he’s serving as his own manager of a campaign he hasn’t yet formally launched. He has yet to conduct his own polling, expand his staff or court new donors, steps serious contenders typically take even at this early stage. And he hasn’t scheduled trips to other early voting states aside from New Hampshire.

A Quinnipiac University poll released Monday shows that most of the electorate didn’t know enough about him to have an opinion.

King laughed off the results.

“I don’t want to peak too early,” he said with a smile outside Lino’s restaurant in Wakefield, where he shared breakfast Monday with his wife, daughter and two grandchildren.

Some diners had little idea who he was even after he introduced himself. But Lino’s regular, John Sullivan, said he recognized him immediately.