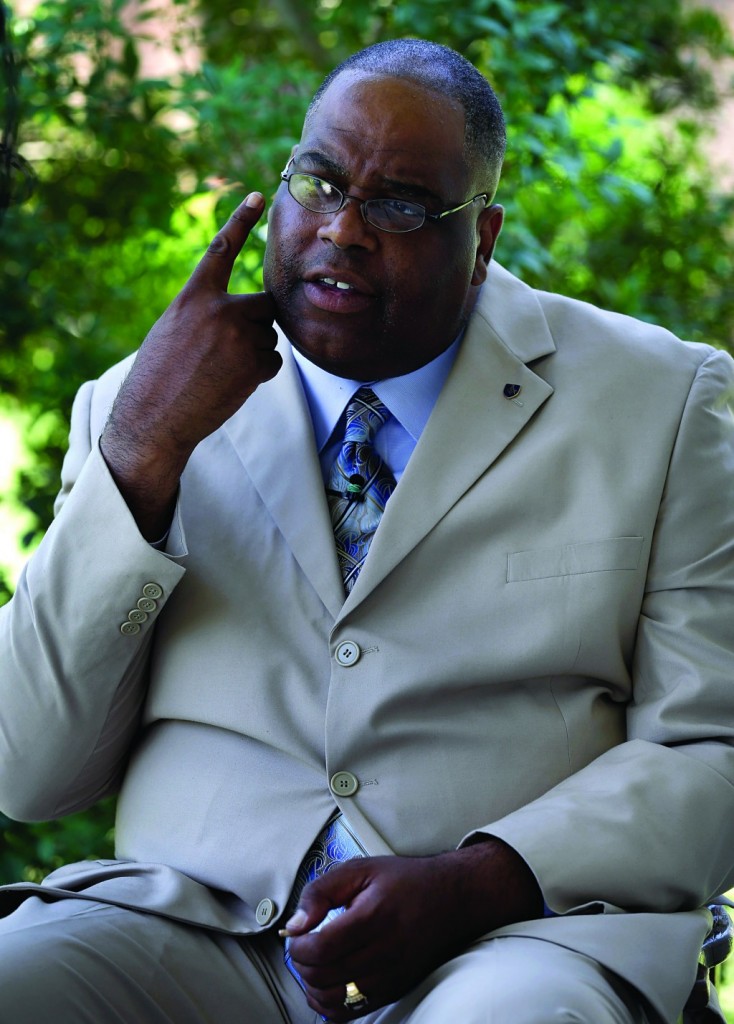 Alonzo Lunsford is blind in his left eye. Half his intestines have been surgically removed. He has trouble walking. He has been diagnosed with post-traumatic stress disorder and traumatic brain injury.

A powerfully built man who stands 6-foot-9, Lunsford was shot seven times at Fort Hood, Texas, in November 2009, in the worst mass shooting on an American military base that claimed the lives of 13.  Now he’s steeling himself for the day when he will come face-to-face in military court with the man accused of shooting him, Army Maj. Nidal Malik Hasan.

Lunsford, 46, stared down Hasan in a dramatic confrontation inside a Fort Hood courtroom in 2010. He was the first shooting victim to testify at a preliminary hearing for Hasan, a Muslim Army psychiatrist charged with 13 counts of premeditated murder and 32 counts of attempted premeditated murder.

Now, with opening statements in Hasan’s court martial set to begin on Tuesday, Lunsford faces the even more formidable prospect of responding to his attacker directly: Hasan, who is acting as his own attorney, could elect to cross-examine his alleged victim himself.

Hasan faces the death penalty or life in prison if convicted. He has said he was justified in killing U.S. soldiers about to deploy to Afghanistan in order to prevent the imminent deaths of Taliban fighters, but the judge has forbidden him to use that defense in court.

“I have a lot of anger,” Lunsford said inside his four-bedroom home in rural North Carolina, donated to him by a veterans support group. “It was seven times this man tried to kill me. I took that personally.”

Lunsford is convinced Hasan will try to bait him, hoping he’ll lose his temper and thus undermine his testimony. Because Hasan is a psychiatrist familiar with PTSD, Lunsford said, he knows that people with the disorder have difficulty controlling their emotions.

“He knows how to push those buttons,” Lunsford said. “He would like to try to get me to physically assault him … The toughest part is trying to control my anger.”

At the preliminary hearing, Lunsford made a point of staring into Hasan’s eyes from the witness stand. Hasan, 42, who is paralyzed from the chest down and in a wheelchair after being shot by police that day, stared back from a few feet away.

“I wanted him to show some type of remorse or sorrow,” Lunsford said. “And I was telling him … ‘I’m not afraid of you or anyone like you.’ “

He said he saw no remorse – only what he called “arrogance” from Hasan.

The day of the shooting, Lunsford was in charge of the Fort Hood center in which soldiers preparing for combat deployments were being processed. He testified in 2010 that Hasan shouted “Allahu Akbar!” and reached under his uniform for a gun. Lunsford, then a sergeant, crouched behind a counter but was spotted by the gunman.

He described locking eyes with Hasan as a red targeting laser flashed across his face. He closed his eyes, he said, and was shot in the face. He collapsed to the floor, blood pooling under his body.

“I decided I wasn’t going to die like that, defenseless on the floor,” he said. “I’m too big and strong to go out like that.”

He got up and struggled to reach an exit as more shots rang out. It was only later, Lunsford said, that he realized he had been shot several more times. Hassan seemed calm and focused, he said: “He wasn’t crazy — he was on a mission.”