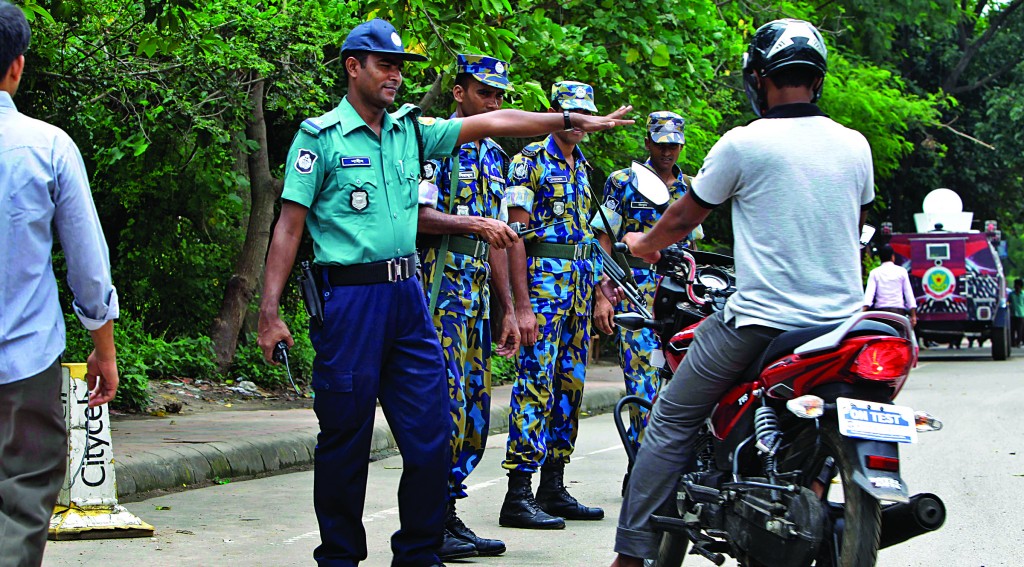 Security forces closed roads, put up extra blast walls and increased patrols Sunday near some of the more than 20 U.S. diplomatic missions in the Muslim world that Washington had ordered closed for the weekend following warnings of a possible al-Qaida attack.

The closures came with a call for Americans abroad to take extra precautions throughout August, particularly when using planes, trains and boats, though some veteran expatriates shrugged off the warnings “I have been here long enough to know where and where not to go,” said Brian Edwards, a professional basketball player from Detroit, Michigan, who has lived in Egypt for nearly six years. “I feel generally safe.”

Some warned, meanwhile, that such security measures are not sustainable.

“It sets a precedent,” said Shadi Hamid, an analyst with the Brookings Doha Center. “What happens if you keep on getting credible threats?”

The countries with closure orders covered much of the Muslim and Arab world, from Mauritania in the west to Bangladesh in the east.

The State Department said 19 diplomatic posts will remain closed through Saturday “out of an abundance of caution.” State Department spokeswoman Jen Psaki said the decision to keep the embassies and consulates closed is “not an indication of a new threat.”

Diplomatic facilities will remain closed through Saturday in Egypt, Jordan, Libya, Saudi Arabia and Kuwait, among other countries.

In recent days, U.S. officials have said they have received significant and detailed intelligence suggesting a possible attack, with some clues pointing to the al-Qaida terror network. The State Department said the potential for terrorism was particularly acute in the Middle East and North Africa, with a possible attack occurring on or coming from the Arabian Peninsula.

The top Republican on the Senate Intelligence Committee said the closures of nearly two dozen U.S. embassies and consulates in the Muslim world was “the most serious threat” he’d seen in recent years.

Sen. Saxby Chambliss of Georgia said Sunday “the chatter” intercepted by U.S. intelligence agencies led the Obama administration to order the closure of diplomatic facilities and to issue a global travel warning to Americans.

“The threat was specific as to how enormous it was going to be and also that certain dates were given,” Rep. Pete King (R-N.Y.), who chairs a House panel on counterterrorism and intelligence, told ABC on Sunday.

King said he believes al-Qaida “is in many ways stronger than it was before 9/11 because it has mutated and it’s spread in dramatically different locations.” The terror network’s Yemen branch, known as al-Qaida in the Arabian Peninsula, “is the most deadly of all the al-Qaida affiliates,” King said.

In Jordan, a counterterrorism official said available information pointed to a potential threat to U.S. interests in the Arabian Peninsula, specifically in Yemen, and that this prompted the temporary closure of U.S. missions across the Muslim world. He spoke on condition of anonymity as he wasn’t authorized to discuss the issue with journalists.

In Yemen’s capital, Sanaa, security was beefed up Sunday around the U.S. Embassy building and the nearby Sheraton Hotel, where U.S. Marines stay.

Police set up a checkpoint at an access road leading to the embassy, asking some drivers for identification before letting them pass. Soldiers typically guard the area around the embassy, but on Sunday they were spread out in a wider radius. Cars were prevented from stopping outside the Sheraton, where two armored vehicles sat.

A Yemeni security official said the request for extra security came from Washington. He spoke on condition of anonymity because he was not authorized to release the information.

Extra security also could be seen near U.S. embassies in Bahrain, Iraq and Jordan.