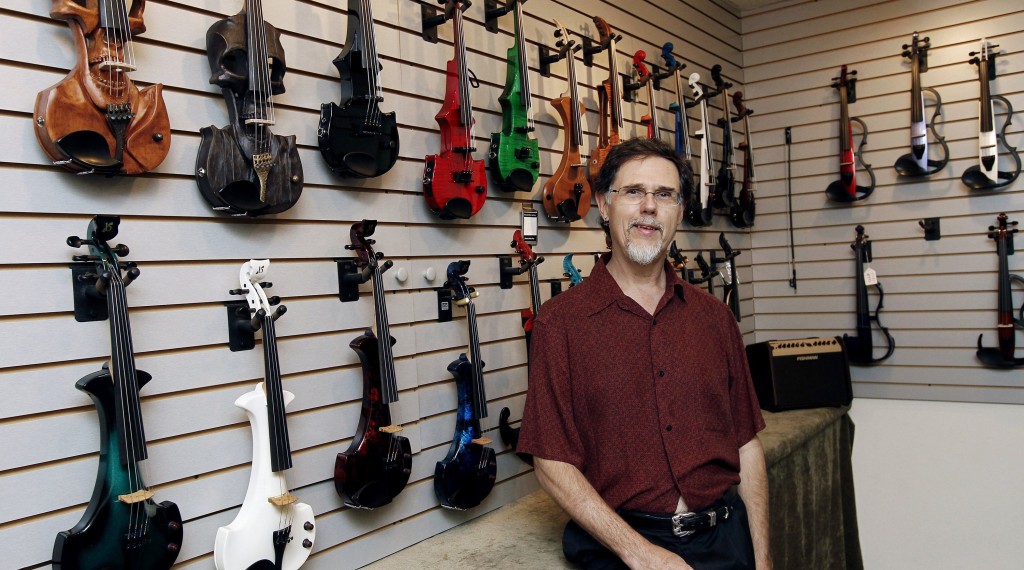 In July, jewelry company JousJous was featured on Amazon.com’s homepage.

Sales spiked from about six to 12 pieces a day, during a typical slow July, to more than 263 orders and 479 units on that single day.

JousJous, which donates 10 percent of its sales to cancer research, has a compelling story and unique jewelry, most of it imported from Latin America. However, it was also the exposure to Amazon’s millions of customers that resulted in the sales spike, he said.

Amazon was the partner JousJous needed, to reach customers and ensure a trusted and secure sale, Moyano said. After just one year of selling on the website, JousJous experienced a more than 1,000 percent increase in sales.

Amazon, a Fortune 500 company based in Seattle, opened on the World Wide Web in July 1995. Today, the site, and more than two million third-party sellers, offers thousands of unique, new, refurbished and used items, in a variety of categories. Amazon and its affiliates operate websites, including Amazon.com, that reach at least 10 countries and more than 200 million customers.

Amazon, however, isn’t for every small business owner eager to step into the e-commerce marketplace. Sellers have to be prepared to deliver quality products to customers who are accustomed to fast shipping and responsive customer service, small-business owners and others said.

While Amazon is a tool for some small businesses, it can be a thorn in the side of the “shop local” movement. Amazon’s emphasis on competitive pricing, along with its mobile price-checking features, makes it hard for local shops to compete. Other sellers on the online marketplace face stiff competition from Amazon, as well. Every marketplace draws in different kinds of sellers, said Scot Wingo, CEO Chairman of the Board and co-founder of ChannelAdvisor, a Morrisville, N.C. e-commerce software company that helps global retailers integrate and manage online sales across multiple online channels. Etsy is all about hand-crafted items. eBay is largely known for collectibles, used items and excess inventory.

“I would say Amazon is kind of the suit and tie of the marketplace,” Wingo said.

Amazon is typically ideal for businesses with annual revenues north of $200,000, sellers of high-end products with narrower markets, and manufacturers offering hundreds of items.

“We’ll find these companies that are essentially two or three employees, and they are doing millions of dollars of sales online, by leveraging Amazon services and fulfillment services,” Wingo said.

Amazon measures every part of a transaction, from when sellers say they were going to ship items, to answering questions about the products. One bad rating or slow response risks a ding that could bury their products in the Amazon search shuffle.

You can have the lowest-priced product, Wingo said, but if you have an 80 percent feedback rating, “you’re probably not even going to show up on the first page.”

Peter Faricy, vice president and general manager of Amazon Marketplace, said selling on the website is open to a range of purposes, from an individual recycling book club reads to a business selling office supplies.

“One of the big benefits that sellers tell us they love, is they go from having a store in the Raleigh-Durham area, to being able to reach as many as 100 million customers in the U.S.,” Faricy said.

Sellers can sign up by clicking on “Sell on Amazon,” at the bottom of the Amazon.com page.

Someone  who plans to sell fewer than 40 items a month, can sign up as an individual seller. The cost is 99 cents for each transaction, in addition to a revenue-share fee, which ranges from six percent to 25 percent of the sale, depending on the product, Faricy said.

Professional sellers pay a monthly fee of $39.99, which includes access to various tools, and feedback to help sellers track and improve sales, in addition to the revenue-share fee. For some product categories, sellers may not create product listings without prior approval from Amazon. Sellers may also be required to meet certain rules, or obtain additional approval, to list certain products. And some categories are not accepting new vendors at this time.

Sellers can increase sales quickly by identifying high-selling items in their category, and adding them to their inventory within 10 to 15 percent of the cost of the   lowest priced item, Wingo said.

The most successful sellers have had the benefit of time to build customers, Faricy said.

“E-commerce is something that really builds and builds over time,” he said.

At first, Blaise Kielar, owner of the Electric Violin Shop in Durham, was reluctant to sign up with Amazon and pay the 15 percent revenue-share fee. Kielar, who started selling on Amazon in 2011, said he appreciates the exposure his business has received, but  is still struggling to understand how to navigate and gain traction on the site.

“There is definitely a learning curve,” said Kielar, who turned to Channel Advisor about three months ago, for help navigating Amazon and other channels.

Herman Moyano’s wife, Sandra Trujillo, came up with the idea of bringing accessories from Latin America to the U.S.

“While we realized that we had a great product that people loved, it was hard for us to reach potential clients,” said Moyano, who is also a real estate and investment consultant. “It was very hard and challenging to bring them organically to our website.”

The Raleigh company started selling on Amazon in October 2011. In its first two months, the business sold 73 pieces of jewelry. During the same two months in 2012, the company sold 856 pieces.

The challenge, Moyano said, is gaining traction and exposure on Amazon, without sales or reviews. Moyano said sellers have to drive sales by marketing their products on social media and other avenues.

“The more you sell, the more you exposure you get,” he said. “The better reviews you get, the more sales you get.”

Initially, JousJous sold on Amazon and shipped from an office in Winston-Salem. Over time, Moyano has started using Amazon fulfillment services, which handles distribution of  products ordered from Amazon.

“We are expecting to be 100 percent on Amazon by the end of the year,” he said.