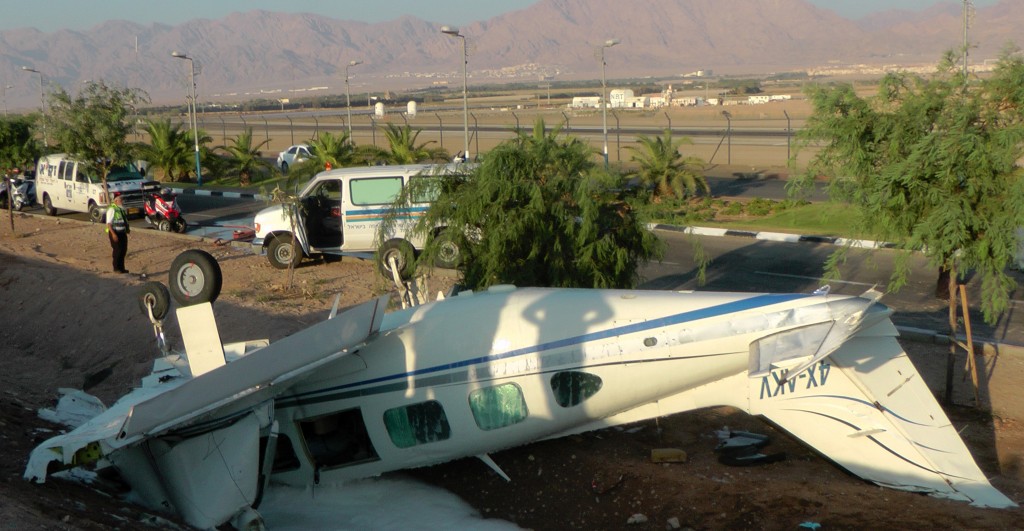 A small plane crashed between the Eilat airport and a shopping center on Thursday evening, leaving one person dead and two seriously injured, Ynet reported.

The cause of the crash is as yet undetermined. Prior to the accident, the pilot declared emergency status and the plane was seen in a dive toward the ground.

The airport was closed to takeoffs and landings while rescue units responded to the site of the crash.

The two survivors were evacuated to the Soroka University Medical Center in Be’er Sheva.

The plane, which carried a pilot and two passengers, took off from Herzliya and at the time of the crash, was preparing for landing.