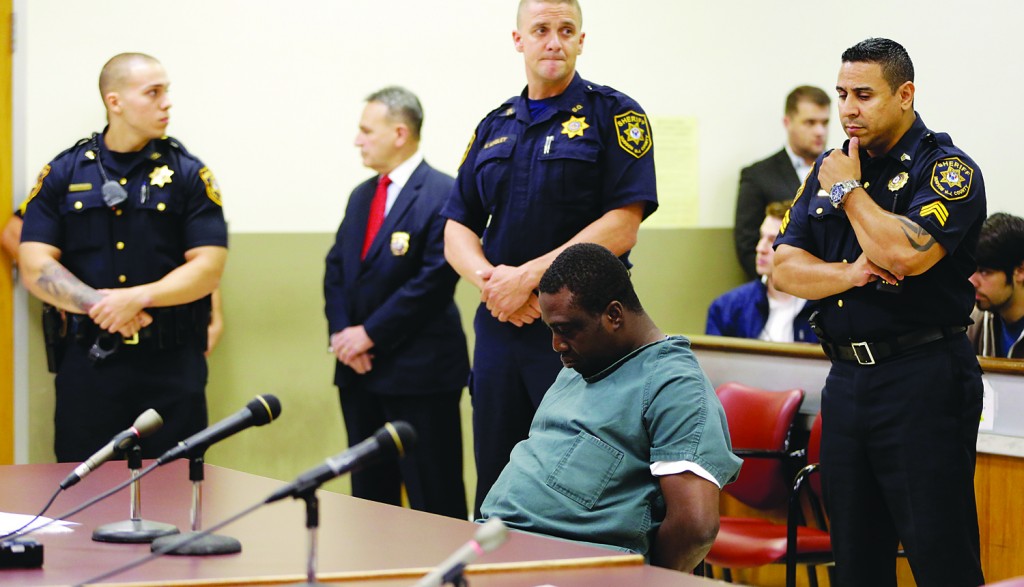 A New Jersey sheriff ordered a “massive crackdown” on commuter buses Thursday, days after a driver hit a light pole that toppled onto a stroller, killing an 8-month-old.

The announcement came after the first court appearance for Idowu Daramola, who authorities said was using a cellphone when his bus veered off a city street in West New York on Tuesday and struck a pole that fell onto a stroller. Eight-month-old Angelie Parades was killed.

Daramola was being held on $250,000 bail. He is charged with death by reckless driving and using a cellphone while operating a vehicle. Schillari said speed is also a factor in the case.

Daramola, who did not enter a plea, has been charged with a number of traffic infractions over the past few years.

“This tragedy could have been averted,” Schillari said. “I think it’s ludicrous that he was still driving. But we’re going to try to prevent such accidents in Hudson County from here on in.”