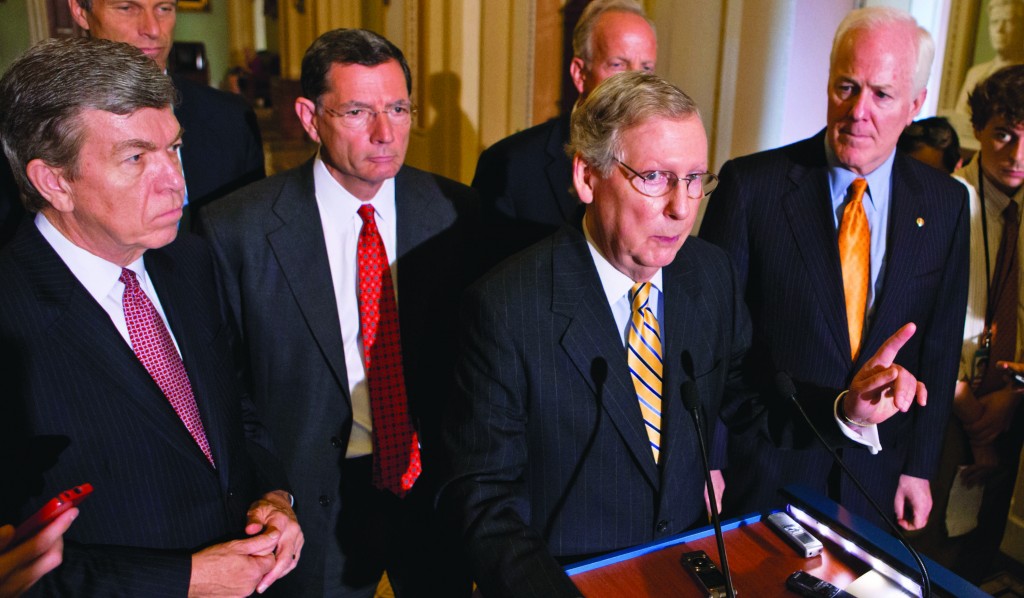 Leaving piles of unfinished business for the fall, Congress began exiting Washington Thursday for a five-week vacation with its accomplishments few, its efforts at budgeting in tatters, and its collective nerves frayed by months of feuding.

The House’s chief accomplishment for the week was a bipartisan vote Wednesday to deal with spiking student loan interest rates, readying that legislation for President Barack Obama’s signature. But that bit of progress came the very day that a Republican strategy of embracing painful automatic budget cuts imploded with the collapse of a major transportation and housing bill.

That measure fell victim, top lawmakers said, to opposition from both conservative and more moderate Republicans and laid bare the flaws in the party’s budget strategy, which promised deeper cuts to domestic programs than the rank-and-file were willing to deliver in votes on funding bills implementing the pledge.

Before leaving town, the GOP House prepared its 40th attack on Obama’s signature health-care law on Friday and slated votes on other legislation aimed at embarrassing the administration and sharpening the party’s political message for encounters with constituents back home.

Also on Friday, GOP leaders looked forward to an easier time with two other votes, one to block the Internal Revenue Service from enforcing “Obamacare’s” penalties on people who don’t buy health insurance, and another on the “Stop Government Abuse Act,” which, among its provisions, would allow people to record conversations they have with IRS agents and other federal workers.

The demise of the transportation measure in both House and Senate leaves Congress at the drawing board when it comes to the budget as it prepares to leave Washington for a month. The new fiscal year begins on Oct. 1, and it’ll take a stopgap funding bill to prevent a government shutdown.

Tea party Republicans are willing to force a partial government shutdown over “defunding Obamacare,” an idea that House Speaker John Boehner (R-Ohio) opposes privately but is unwilling to criticize in public.

A more likely outcome is a plain vanilla stopgap measure to keep the government operating at current levels for a few weeks or months. That measure would also keep the food-stamp program running while lawmakers figure out a way to approve a broader rewrite of food stamps and farm subsidies.

An even bigger showdown comes later in the fall over must-pass legislation increasing the government’s borrowing cap to prevent a first-ever market-rattling default on U.S. obligations.