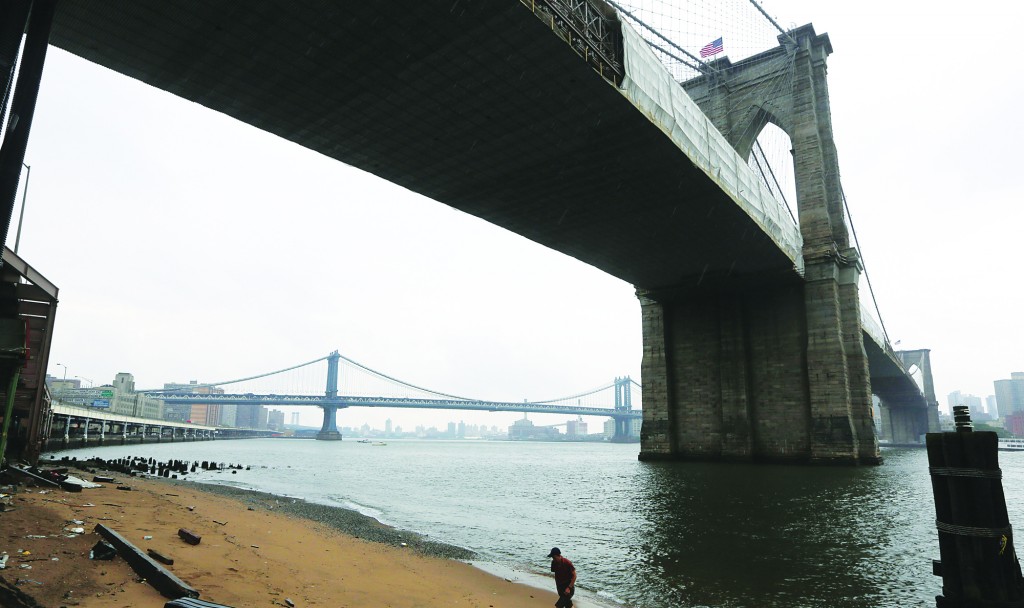 New York City officials announced a $7 million plan Thursday to turn a trash-strewn strip of sand on the Manhattan side of the Brooklyn Bridge into a beach with a kayak launch, concessions stands and terraced seating for enjoying the view.

The so-called Brooklyn Bridge Beach may also include wading or swimming pools that use filtered water, because the East River itself is not clean enough to swim in.

“It’s going to be a beautiful, beautiful part of the city,” said Borough President Scott Stringer, who joined City Council Speaker Christine Quinn and other elected officials to outline plans for the new waterfront attraction. “This is an amazing opportunity to do great things in this city.”

The site itself, now littered with washed-up debris and broken bottles, served as a backdrop to the news conference under the bridge. The plan, which is expected to take about three years to complete, would involve adding enough sand to create 11,000 square feet of beach area at low tide.

The new beach is part of a larger plan to open up Manhattan’s East River waterfront from the South Street Seaport to midtown. That plan, called East River Blueway, is modeled on the Hudson River Park that has been developed in stages on Manhattan’s West Side.

The recently opened Brooklyn Bridge Park on the Brooklyn side of the famous span is also a precedent.

“From the new Brooklyn Bridge Park to running, biking or even trapezing on the Hudson River, we have a lot to be jealous of around here,” City Council member Daniel Garodnick said.