National With 3 ‘Hops,’ NSA Gets Millions of Phone Records
National 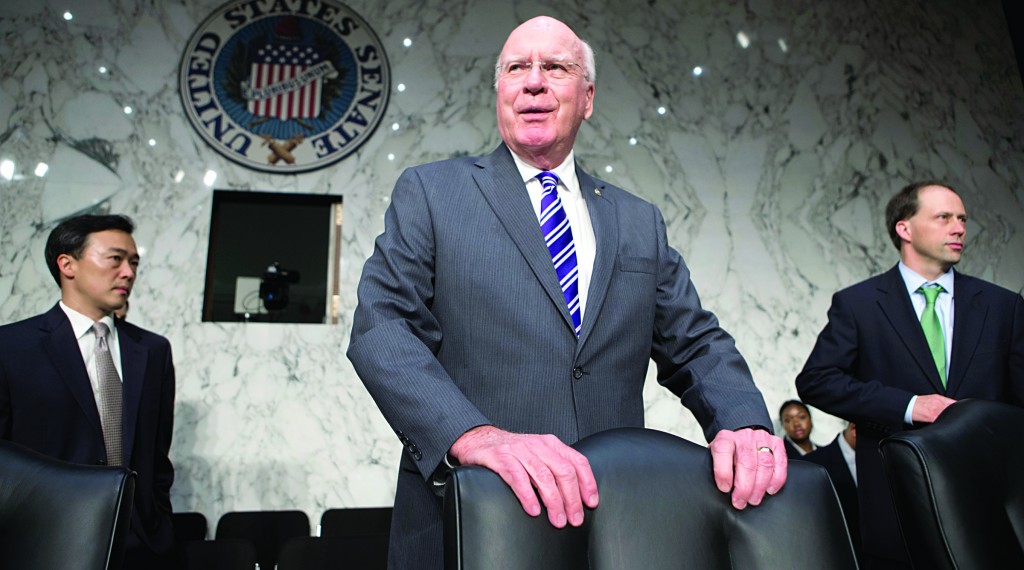 President Barack Obama’s national security team acknowledged for the first time Wednesday that, when investigating one suspected terrorist, it can read and store the phone records of millions of Americans.

Since it was revealed recently that the National Security Agency puts the phone records of every American into a database, the Obama administration has assured the nation that such records are rarely searched and, when they are, officials target only suspected international terrorists.

But testimony before Congress on Wednesday showed how easy it is for Americans with no connection to terrorism to unwittingly have their calling patterns analyzed by the government.

If the average person called 40 unique people, three-hop analysis would allow the government to mine the records of 2.5 million Americans when investigating one suspected terrorist.

The NSA has said it conducted 300 searches of its telephone database last year. Left unsaid until Wednesday was that three-hop analysis off those searches could mean scrutinizing the phone records of tens or even hundreds of millions of people.

“So what has been described as a discrete program, to go after people who would cause us harm, when you look at the reach of this program, it envelopes a substantial number of Americans,” said Sen. Dick Durbin of Illinois, the No. 2 Democrat in the Senate.

“And so while, theoretically, 40 times 40 times 40 gets you to a large number, that’s not typically what takes place,” he said. “We have to compare the theory to the practice.”

Such reassurances have done little to quell the sharp criticism from both parties over the once-secret program. Last week saw a close vote in the House on a measure that aimed to kill the phone surveillance program.

On Wednesday, the administration acknowledged some limitations to its sweeping surveillance powers are inevitable.

“We are open to re-evaluating this program in ways that can perhaps provide greater confidence and public trust that this is in fact a program that achieves both privacy protections and national security,” Robert Litt, counsel to the Office of the Director of National Intelligence, told skeptical members of the Senate Judiciary Committee.

This newest privacy-vs.-security debate was touched off when former government contract systems analyst Edward Snowden leaked classified documents exposing National Security Agency programs that store years of phone records on every American. That revelation prompted the most significant reconsideration yet of the vast surveillance powers Congress granted the president after the Sept. 11, 2001, attacks.

The administration intended to keep the telephone program a secret, and for over a decade few in Congress showed interest in limiting surveillance. Snowden’s leaks abruptly changed the calculus on Capitol Hill.

“We have a lot of good information out there that helps the American public understand these programs, but it all came out late,” Sen. Sheldon Whitehouse (D-R.I.) said in a rebuke of government secrecy. “It all came out in response to a leaker. There was no organized plan for how we rationally declassify this so that the American people can participate in the debate.”

Several Democrats promised bills that would provide tighter controls or more transparency. Proposals include eliminating the FBI’s ability to seize data without a court order, changing the way judges are appointed to the surveillance court and appointing an attorney to argue against the government in secret proceedings before that court. Another measure would force the government to reveal how many Americans have had their information swept up in surveillance.

Inglis said the NSA was willing to reconsider whether it needed to keep phone data for five years. And Deputy Attorney General James Cole said the Justice Department was considering whether and how to allow an outside attorney into the secret court to argue against the government.

Last week’s House vote of 217-205 defeating an attempt to dismantle the program was significant not only because of the narrowness of the victory for the Obama administration, but also because it created unusual political coalitions. Libertarian-leaning conservatives and liberal Democrats pressed for change against establishment Republicans and Congress’ pro-security lawmakers.

Backing the NSA program were 134 Republicans and 83 Democrats, including House Speaker John Boehner (R-Ohio), who typically does not vote, and Democratic leader Nancy Pelosi. Rejecting the administration’s last-minute pleas to spare the surveillance operation were 94 Republicans and 111 Democrats.

NSA Director Keith Alexander did not attend Wednesday’s hearing. Instead he addressed the Black Hat hackers conference in Las Vegas, where he remained unapologetic even in the face of heckling from the audience.

Alexander drew laughter when a voice in the overflow crowd shouted that he should read the Constitution. Alexander said he had, and the heckler should, too.