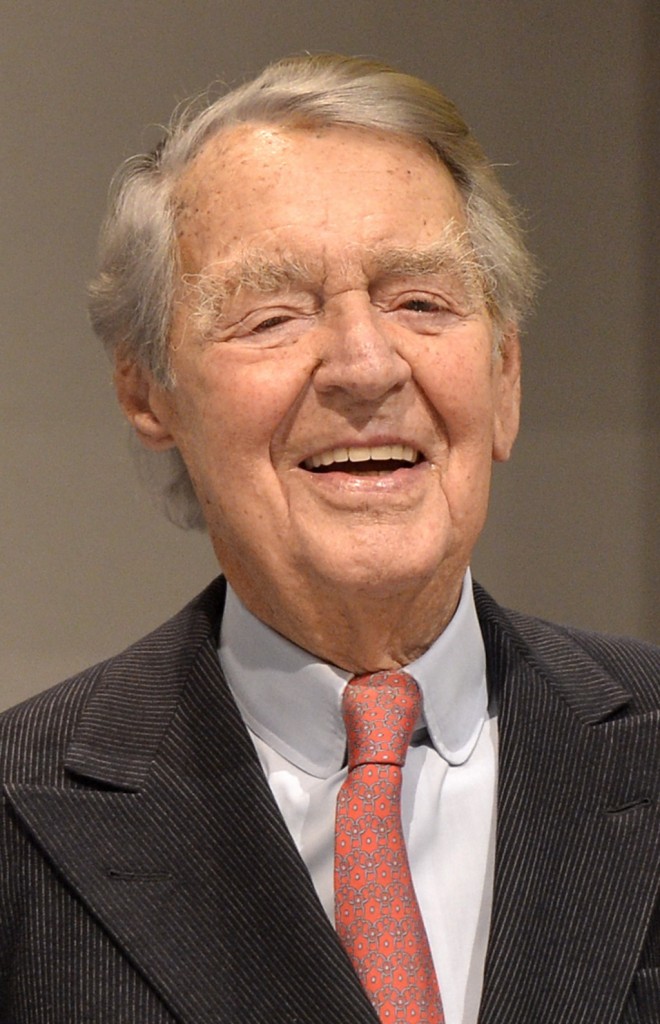 Berthold Beitz, who was honored for saving hundreds of Jews in occupied Poland during World War II and became one of post-war West Germany’s leading industrialists, has died at 99.

Steelmaker ThyssenKrupp AG, where he was the honorary chairman of the supervisory board, announced Beitz’s death on Wednesday. It said in a statement that he died Tuesday and gave no further details.

Beitz and his wife, Else, were honored by Germany’s main Jewish group in 2000 for saving hundreds of Jewish workers at an oil field he managed in occupied Poland from deportation to Nazi death camps.

German Chancellor Angela Merkel called Beitz one of the country’s most distinguished and successful businessmen and stressed his “brave and exemplary support for Jewish workers during World War II.”

The president of the German Council of Jews in Germany, Dieter Graumann, said of Beitz: “He was a great man. His humaneness in dark times remains a role model for us today.”

“Together with his wife he saved the lives of hundreds of Jews — I wish there had been more people like him,” Graumann told The Associated Press. In 2000, the Jewish Council awarded Beitz its highest honor, the Leo-Baeck Award.

In 1973, Beitz was given the Righteous Among the Nations honorific by the Yad Vashem Holocaust Museum—the highest honor given to a Gentile, or non-Jew, for saving Jews.

Beitz was born on September 26, 1913, in Zemmin in eastern Germany. He studied to become a banker and took a position at an oil field in occupied Poland in 1939.

He saved many of the Jewish workers there from the Nazis’ death camps, sometimes by even hiding them together with his wife at his home. The couple had three daughters.

In August 1942, he saved 250 Jews from being deported to the Belzec death camp by claiming they were indispensable to keep up production, according to Yad Vashem’s biography of Beitz.

Asked after the end of the Third Reich about his personal motivation, Beitz said, according to Yad Vashem, “There was no anti-Fascism, no resistance. We watched from morning to evening as close as you can get what was happening to the Jews. … When you see a woman with her child in her arms being shot, and you yourself have a child, then your response is bound to be completely different.”

In the 1950s, Beitz agreed to administer the Krupp steel company, which was heavily involved in armaments production during the war. He headed the company in various positions for around 60 years.

In 1967, he launched a foundation with the late Alfried Krupp’s fortune, supporting projects in Israel among others.

Until recently, he went to work at his office in Essen in western Germany almost every day, according to German news agency dpa. In a rare interview, with Sueddeutsche Zeitung newspaper in March, he said, “I’m going to continue this as long as I can, as long as I’m clear in my head.”