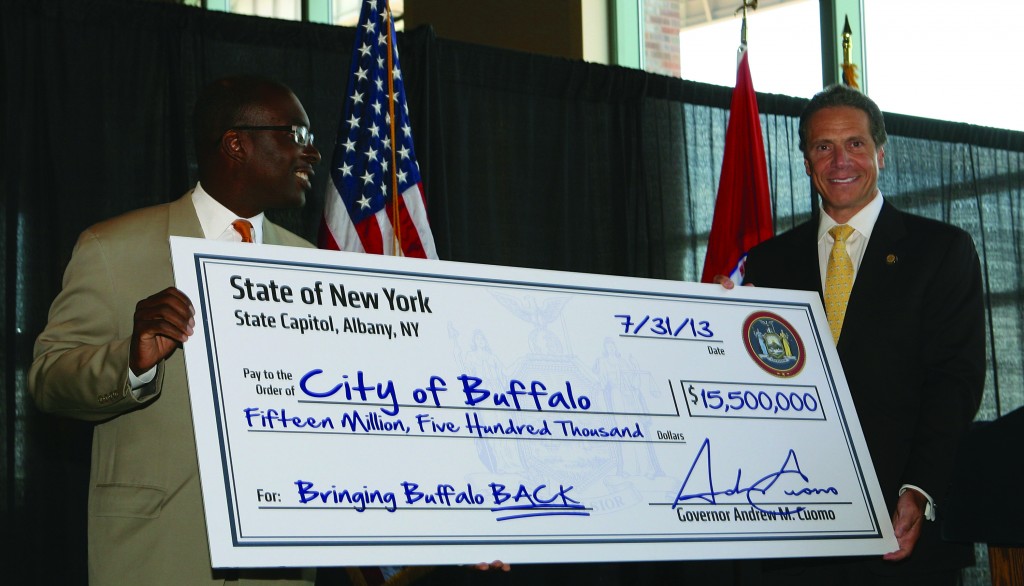 Gov. Andrew Cuomo and Seneca Indian President Barry Snyder Sr. celebrated the end of a four-year dispute over gambling rights Wednesday by handing out oversized checks for casino funds that were withheld from three western New York cities during the conflict.

The state and Seneca leaders made stops in Niagara Falls, Buffalo and Salamanca, where the Senecas operate casinos under an agreement with the state that requires them to share slot-machine revenues with the state and three host communities.

“For years, the Seneca Nation and state government were mired in a disagreement over gaming revenues for local communities, but with today’s ceremony we are turning a new page in that narrative,” Cuomo said in Salamanca while delivering a check for $34.5 million in overdue funds.