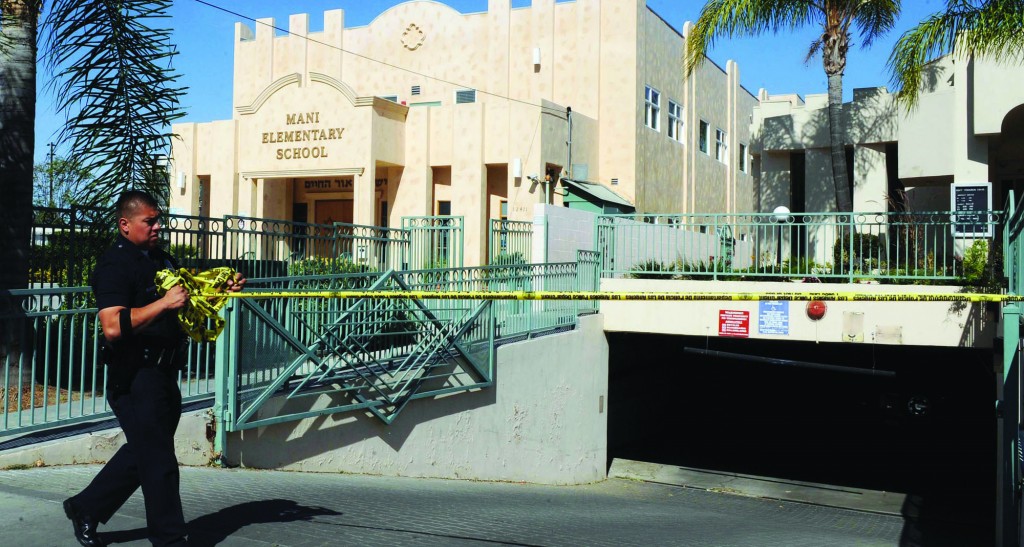 For this writer, and presumably many readers, the topic of hate crimes legislation immediately brings forth the image and memory of Yankel Rosenbaum, Hy”d.

Though generally referred to as the “Crown Height Riots,” what happened on August 19-21, 1991, can best be described as a pogrom. After a 7-year-old child, a son of Guyanese immigrants, was killed in a car accident, large groups of local black residents, incited by false rumors and egged on by Al Sharpton and other rabble-rousers, went on a rampage.

One group of rioters encountered a visiting 29-year-old rabbinical student from Australia named Yankel Rosenbaum. Amid shouts of “There’s a Jew, get the Jew,” 16-year-old Lemrick Nelson, Jr., stabbed and critically injured Rosenbaum. Hiding in some bushes near the crime scene with a bloody knife inscribed with the word “killer” in his pocket, Nelson was soon apprehended by police.

Before being taking to the hospital, Rosenbaum identified Nelson as his assailant.

While Rosenbaum was expected to survive, hospital personnel at first failed to notice one of the four wounds he had suffered, and hours later he was tragically niftar.

Despite the fact that Nelson was identified by Rosenbaum, was caught with the murder weapon in his hand, and confessed his crime to the police, the jury in his 1992 state trial found him not guilty. Ten of the twelve jurors were, like Nelson, African-American. Eleven jurors later went out to eat with Nelson and his attorneys to celebrate this outrageous travesty of justice.

While those found guilty have the right to appeal an unfair verdict, when a murderer is let off scot free the prosecution has no such option.

Fortunately, the United States Congress had included in the landmark 1964 civil rights law language outlawing the racially-motivated hindrance of a person’s legal enjoyment of public accommodations.

Much to their credit, the Clinton Justice department decided that the streets of Brooklyn should be considered “public accommodations,” and through the use of this legal opening, Nelson was charged with a federal hate crime: stabbing Yankel Rosenbaum just because he was Jewish.

While the federal court process was far from a success — a 1997 guilty verdict was overturned on appeal, and a 2003 trial ended with an inexplicable split verdict resulting in a 10-year prison sentence — it proved the need for hate-crimes legislation.

It is particularly ironic that while hate-crimes legislation was passed to protect the rights of minorities, the landmark U.S. Supreme Court case on the issue actually involved the case of an African-American who, saying “There goes a white boy; go get him,” incited a group to mercilessly beat a young boy so badly that he remained in a coma for four days.

After a jury trial in the Circuit Court for Kenosha County, Wisconsin, Todd Mitchell was convicted of aggravated battery. That offense ordinarily carries a maximum sentence of two years’ imprisonment. But because the jury found that Mitchell had intentionally selected his victim because of the boy’s race, he was sentenced to four years’ imprisonment.

Mitchell’s appeal went all the way to the nation’s highest court, and the Justices unanimously upheld a Wisconsin penalty-enhancement hate crimes statute against a First Amendment challenge.

In their decision the high court gave what are perhaps the most convincing reasons why hate-crimes legislation is not only constitutionally valid but also necessary.

“The Wisconsin statute singles out for enhancement bias-inspired conduct because this conduct is thought to inflict greater individual and societal harm… bias-motivated crimes are more likely to provoke retaliatory crimes, inflict distinct emotional harms on their victims, and incite community unrest… As [Sir William] Blackstone said long ago, ‘it is but reasonable that among crimes of different natures those should be most severely punished, which are the most destructive of the public safety and happiness.’”

Hate crime is akin to a cancerous growth; unless it is fought with extra-tough measures it tends to spread like a plague. Whenever an innocent person is the victim of a physical attack it is always a terrible experience, but when the reason that person is being attacked is because of the color of his skin or the fact that he is wearing yarmulke, the additional emotional harm inflicted is so significant that it warrants an additional punishment. If — and this is a huge if — it can somehow be proven that George Zimmerman killed Trayvon Martin because he was black, then he ought to be charged with a hate crime. But unlike the cases of Lemrick Nelson or Todd Mitchell, there appears to be little evidence to support such a contention.