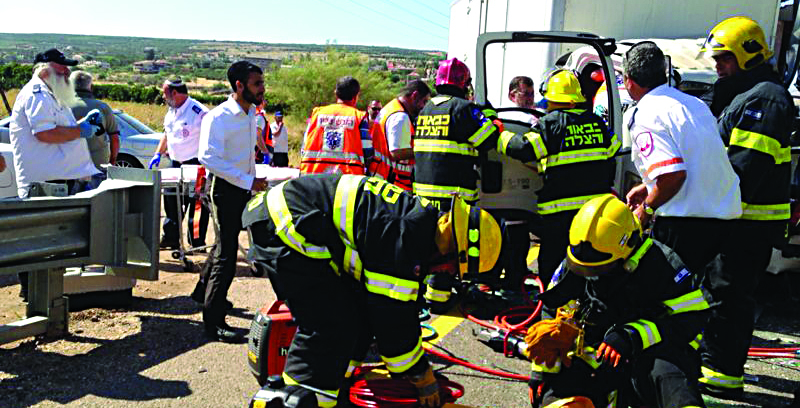 Two people were killed and six injured in a traffic accident at the Migdal intersection, north of the Kinneret on Tuesday.

The tragedy occurred on Tuesday afternoon when a truck collided with a minivan.

The two fatalities were identified as Dovid Salomon Levy, z”l, 53, from Ramat Gan, and Yehudit Goren, a”h, 71, of Elad. The driver of a truck involved in the accident was seriously hurt and evacuated by helicopter to Rambam Hospital; the other five were reported suffering from moderate injuries and were taken by ambulance to Puria Hospital in Teveria.

Elad council member Rav Asher Gross, who was vacationing in the area, rushed to Puria Hospital to assist the families of the injured.

The public is asked to daven for the recovery of Reuven ben Yocheved, 70, who was moderately injured and whose wife was killed; Rivkah bas Chana, whose husband was killed; their son Meir Ezra ben Rivkah, 20; and the truck driver, Oded ben Leah.