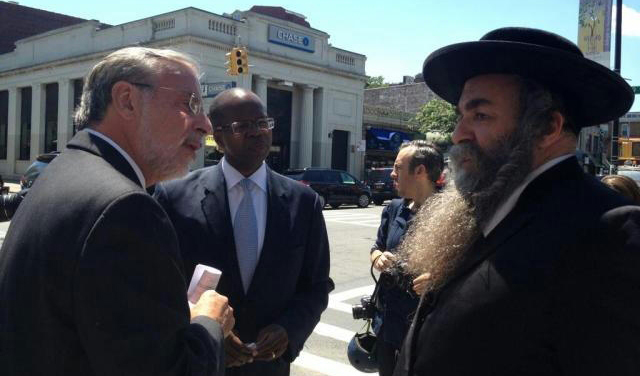 Days after opposition to Brooklyn district attorney Charles Hynes narrowed to a single candidate, Assemblyman Dov Hikind announced his backing Tuesday for Ken Thompson, a former prosecutor who is giving the six-term chief prosecutor the toughest campaign of his career.

“I am proud to endorse Ken Thompson because he is the best choice for the Jewish community and all the people of Brooklyn to be our next District Attorney,” said Hikind, who made the announcement at Amnon’s pizza shop on 13th Avenue.

“It’s time for a change. As a prosecutor and attorney in private practice, Ken has a proven track record of fighting for one standard of justice. Ken is a true friend to our community.”