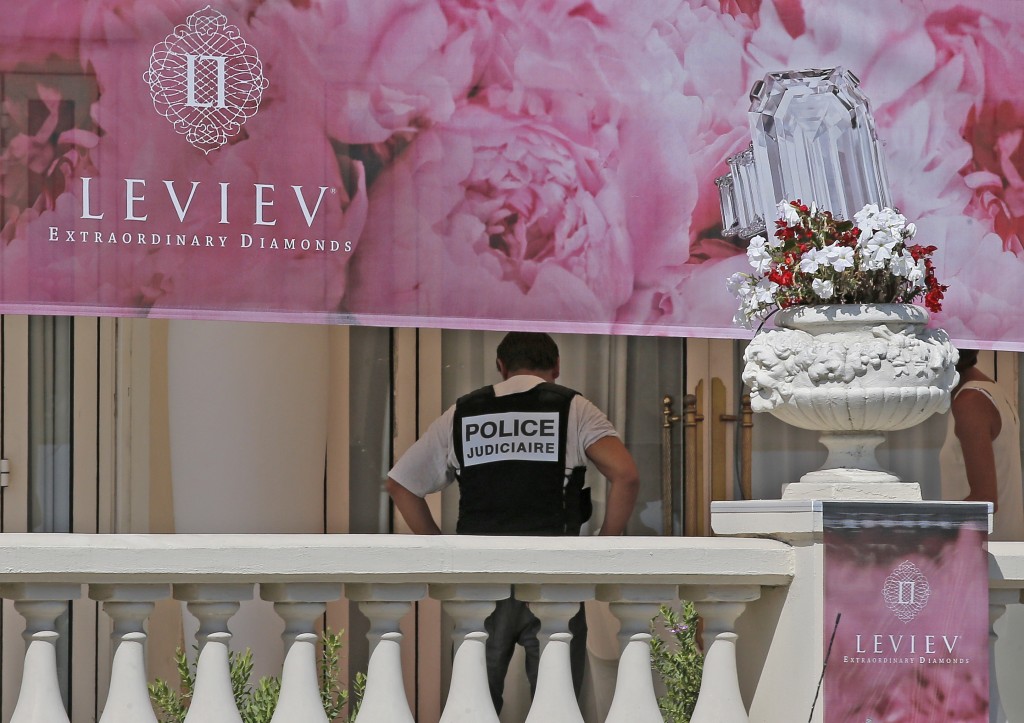 Wearing a scarf to mask his face, the gunman held up at least three security guards and then fled the luxury Cannes hotel roughly a minute later with $136 million in diamond jewelry, more than twice the initial estimated worth of the loot.

The simple, speedy theft is the biggest jewelry heist in years. Police had previously said Sunday’s theft at the Carlton Intercontinental Hotel had netted (EURO)40 million ($53 million) worth of treasure — even at that level a major haul. Reached by The Associated Press, Philippe Vieques, an assistant prosecutor in the Riviera town of Grasse, said the Dubai-based organizer of the diamond show had since raised the value based on a more complete inventory.

Vieques described a canny, but quick and logistically simple, break-in. The suspect somehow got in through the hotel’s locked French doors, which open onto Cannes’ famed Croisette promenade, then held up the participants of the show with a handgun and fled on foot. The hold-up itself took about a minute, all with three private security guards, two vendors and a manager of the sale-exhibit on hand, he said.

No customers were present at the time.

“He took a bag containing a briefcase and a small box, and then fled by another French door on the inside,” Vieques said. “He left on foot … it was very fast.”

The bag contained rings, earrings and pendants, Vieques said. As the suspect began his getaway, a few jewels spilled out of the bag of loot and were quickly recovered.

“I wouldn’t say it was easily done — opening a locked door…” Vieques said. “He found a way to open it. Why was he able to open this door?”

The jewelry was part of a display centering on the prestigious Leviev diamond house, which is owned by Israeli billionaire Lev Leviev. It was to run until the end of August.

A Leviev spokesman declined to comment. A day earlier, the company issued a statement saying its officials were cooperating with authorities and were relieved that no one was injured in the robbery.