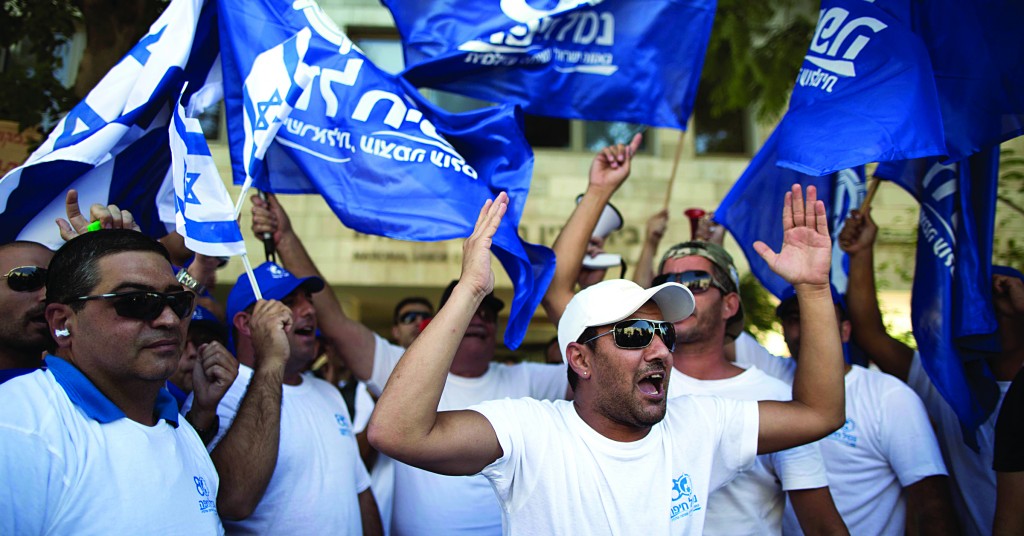 The court forbade the Histadrut from striking until September 1.

During the court proceedings, hundreds of port workers demonstrated outside the building waving Israeli and union flags to protest the threatened reforms of the ports in Ashdod and Haifa.

The Federation of Israeli Chambers of Commerce petitioned the court to declare illegal any possible strikes protesting port reforms.

Otherwise, the Histadrut was already on track to begin a strike by the end of this week.

The Histadrut argued that although new ports would not directly alter wage agreements or worker conditions, new competition from the private sector will hurt the ports’ economic viability and lead to lay-offs or worsened working conditions.

The government has made a high-profile commitment to port reforms, aimed at opening up the economy and easing the cost of living. An estimated 60 percent of Israel’s GDP is imported and exported through the ports, making their efficiency crucial.