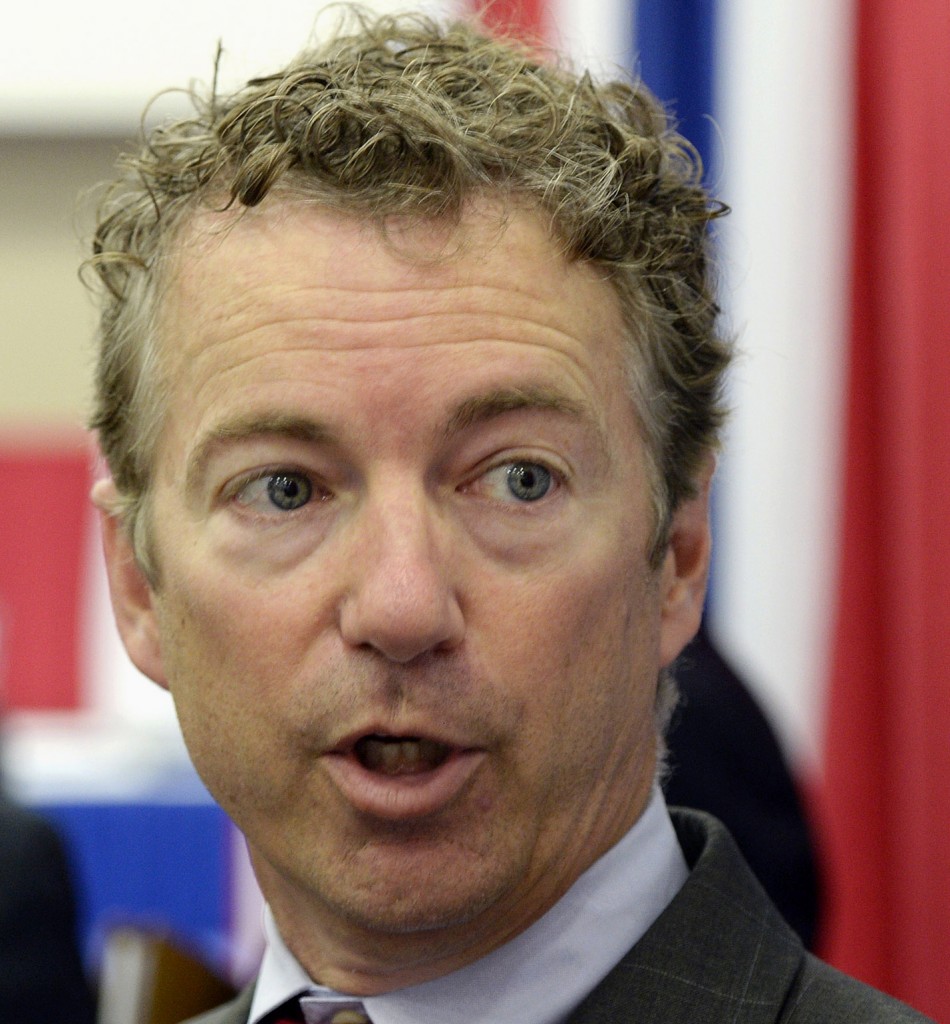 Christie fired back at Paul on Tuesday for Paul’s remark that New Jersey has a “Gimme, gimme, gimme” attitude about federal aid for Superstorm Sandy.

Paul said at a fundraiser in Nashville on Sunday that Christie and New York Rep. Peter King — both Republicans like Paul — “are the people who are bankrupting the government and not letting enough money be left over for national defense.”

Speaking at a news conference to announce homeowner grants for northern New Jersey residents affected by Sandy, Christie said he “has nothing personal” against Paul but offered the following:

The spat between the two Republicans many consider potential 2016 presidential hopefuls began when they differed over warrantless surveillance programs. Paul is against them, while Christie says they are needed for national security.