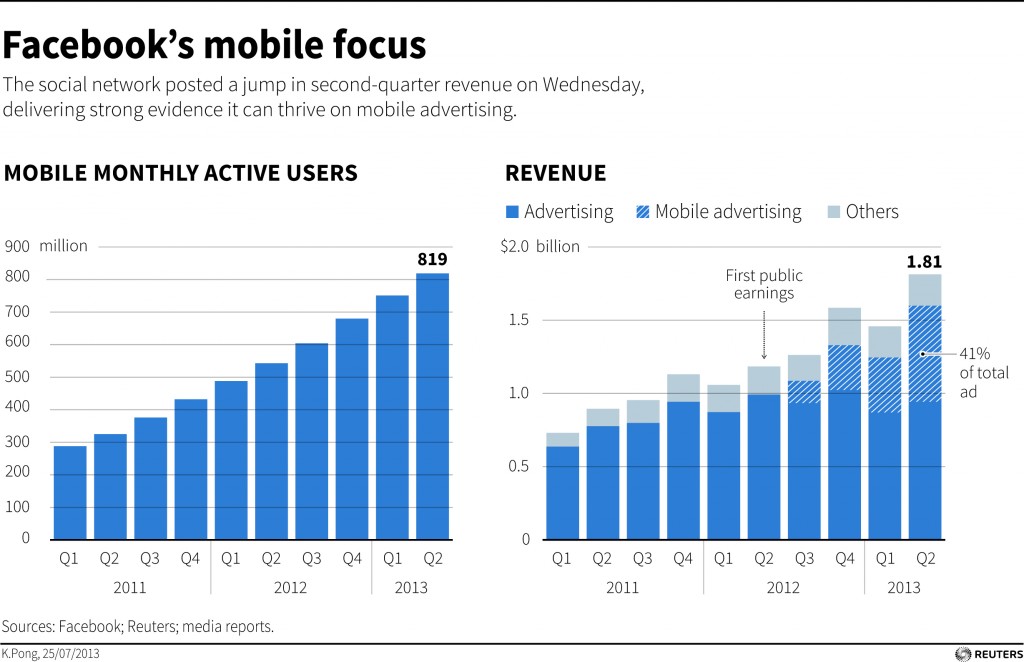 The stock is trading at levels not seen since shortly after Facebook’s initial public offering last year. The IPO was plagued by nagging questions about whether the world’s biggest social network could follow users on to the mobile phones and tablets that have upended the technology sector.

Facebook began showing mobile advertisements for the first time last spring. After the market closed Wednesday, it reported that those ads accounted for 41 percent of its total advertising revenue in the most recent quarter.

Overall revenue jumped 53 percent, to $1.81 billion, for the period. It also reversed a year-ago loss.

Those numbers evaporated doubts about Facebook’s ability to capitalize on the mobile market, and trading volume in company shares rocketed Thursday.

The company’s stock jumped 30 percent in Thursday’s trading, to close at $34.36.

Facebook Inc., based in Menlo Park, Calif., priced its stock at $38 when the company went public in May 2012.

Goldman Sachs said Thursday that with concern about the company’s growth prospects compounding monthly, everyone had been waiting for a breakout quarter.

The recent quarter, Goldman believes, should help mitigate those fears.

In addition to Goldman Sachs, Deutsche Bank, BMO Capital Markets and Jefferies & Co. raised their price targets for the stock.