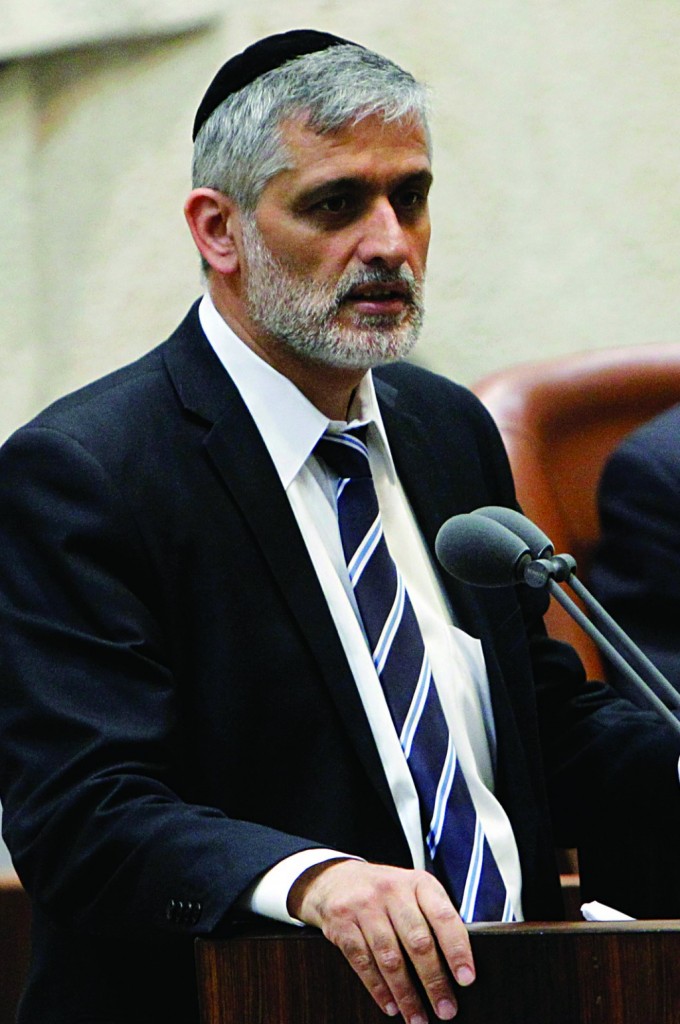 “I have no delusions that I can convince someone who is not part of the Torah world that someone who is a man of Torah and studies Torah doesn’t even understand the expression ‘Equality in the burden,’” Shas chairman Arye Deri said. “They don’t realize studying Torah non-stop is carrying the burden.”

“[Finance Minister Yair Lapid (Yesh Atid)] is leading a patronizing and inflammatory discourse. The whole purpose of this bill is to cut chareidim out of society,” Deri said.

“Our forefathers all studied Torah and dedicated themselves to the Torah of Israel,” MK Eli Yishai said. “You will not be able to force even one Torah scholar to enlist. He’d rather sit in jail and study Torah. The Knesset is tearing the Jewish people apart! Without Torah, there is no Jewish people.”

MK Nissim Ze’ev suggested that chareidi enlistment would have a negative impact on the IDF, because it would “turn the army into one big beis medrash.”