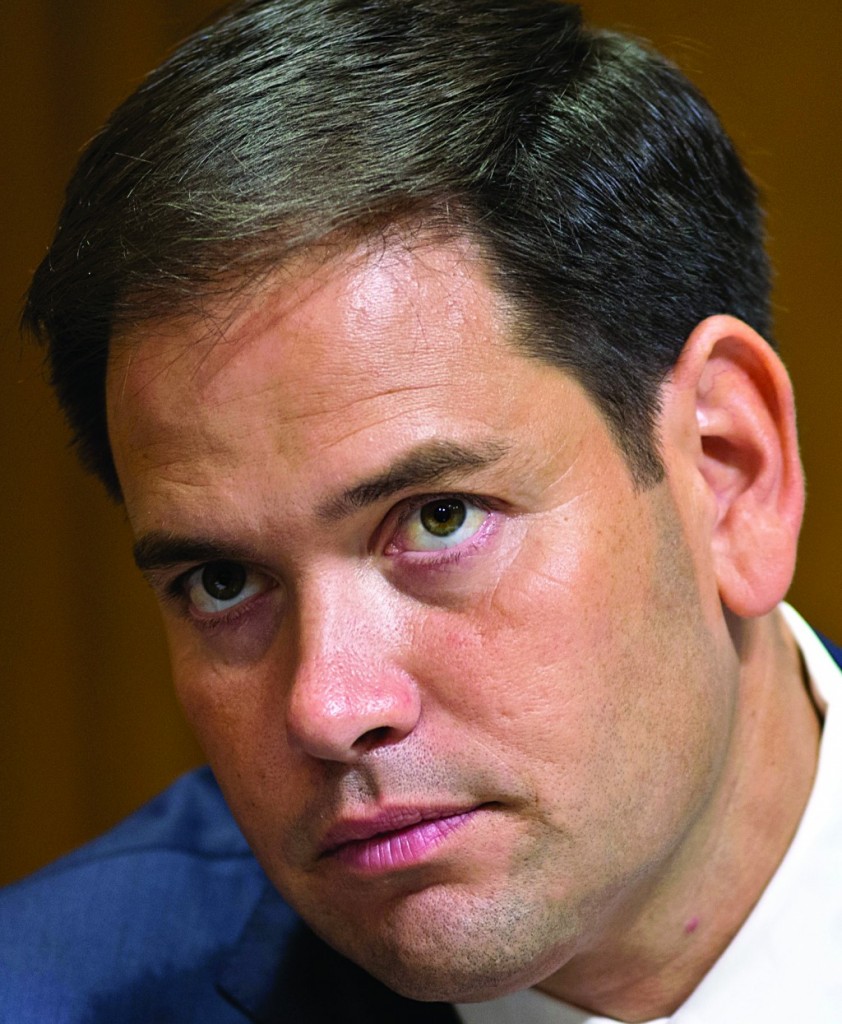 Sen. Marco Rubio is renewing his outreach to tea party supporters and his advocacy for GOP causes as he struggles to repair his image as a conservative standard-bearer.

The shift comes after the potential 2016 presidential candidate pushed the Senate to approve an immigration overhaul bill that’s been panned by some on the right who could be crucial to his future.

Rubio was joining conservative activists Tuesday at a meeting of the Senate’s tea party caucus, putting him in a room with representatives of grassroots activists who helped fuel his unlikely Senate victory in 2010.

The Florida senator, considered a formidable presidential candidate in 2016 if he seeks the White House, spent months advocating for a comprehensive immigration reform proposal but has been largely absent from lobbying efforts since the process moved to the House. Instead, he has returned to conservative causes he has supported in the past, highlighting his opposition to President Barack Obama’s health care law by pushing for an elimination of its funding, backing a measure to place more restrictions on U.S. funding of the United Nations and opposing the White House’s choice to lead the Labor Department.

It comes as supporters cite frustration with his backing of the Senate immigration plan.

“His immigration bill is much more of a letdown than him taking a sip of water in the response to the State of the Union,” said Kellyanne Conway, a Republican pollster, referring to the senator’s reach for a water bottle during his February speech. She expected Rubio’s feedback at the meeting to range from “‘You’re still one of our heroes’ to ‘I told you so’ to ‘What were you thinking?’”

Eighteen months before voters begin considering the Republican field, it remains difficult to predict whether Rubio’s stance on immigration could be a liability with voters. Two potential Senate rivals, Rand Paul of Kentucky and Ted Cruz of Texas, voted against the immigration reform bill and have been critical of the measure as they begin appearing in early voting states like Iowa and South Carolina. In Iowa on Friday, Cruz said the Senate bill continued “the same mistakes of the past,” citing a 1986 reform law that is anathema to conservatives now.

The tea party meeting was bringing together several lawmakers and representatives of a variety of tea p arty organizations and other conservative groups, including the anti-tax Americans for Tax Reform and 60 Plus Association, which advocates on issues relevant to the elderly. While tea party activists said they were frustrated with Rubio’s advocacy for the Senate bill, which has been rejected by House Speaker John Boehner, R-Ohio, many said they still view the senator as a stalwart on benchmark issues like federal spending and opposition to the health care law.