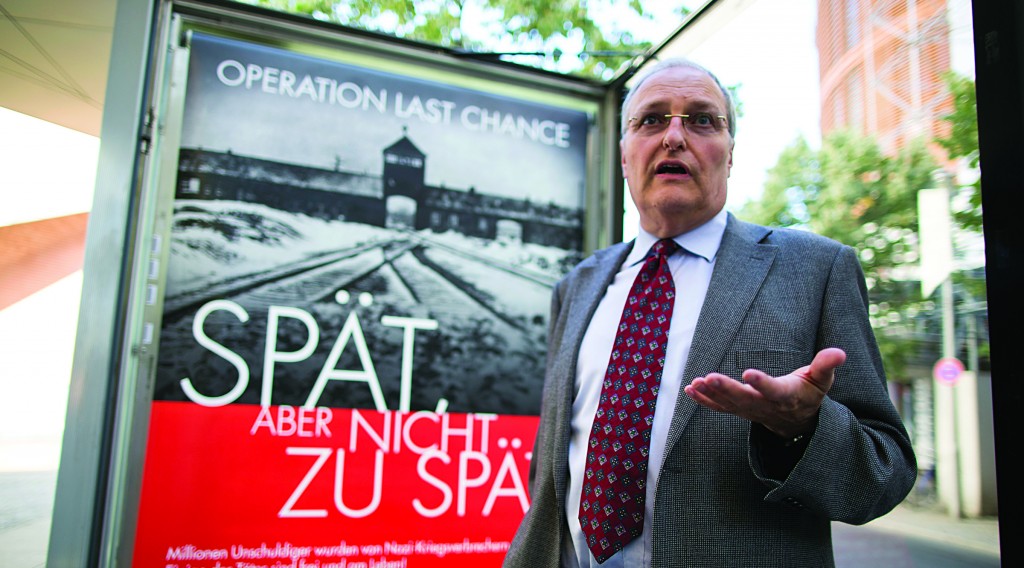 The Simon Wiesenthal Center launched a poster campaign in several German cities Tuesday appealing for help in tracking down the last surviving Nazi war criminals not yet brought to justice, and promising compensation to those who provide useful information.

About 2,000 posters depicting the entrance gate of the Nazi death camp Auschwitz were put up in the cities of Berlin, Hamburg and Cologne asking the public to come forward with information that may lead to the arrest of Nazis some seven decades after the end of Adolf Hitler’s Third Reich.

“Unfortunately, very few people who committed the crimes had to pay for them,” Efraim Zuroff, the U.S.-based Jewish center’s top Nazi hunter, told reporters in Berlin. “The passage of time in no way diminishes the crimes.”

The Wiesenthal Center is asking for tips to be called in to a hotline in Germany with as much information as possible.

Underneath the black-and-white picture of the death camp on the poster, the following words are emblazoned in German on a blaring red background: “Late, but not too late. Millions of innocents were murdered by Nazi war criminals. Some of the perpetrators are free and alive! Help us take them to court.”

Zuroff, who is the director of the center’s Israel office, estimated there are still about 60 people alive in Germany who are fit to stand trial for the crimes they allegedly committed. They are suspected of serving as guards at Nazi death camps or being members of death squads responsible for mass killings, particularly early in the war before the death camps were established.

The drive is part of the center’s “Operation Last Chance II” initiative.

It comes more than two years after German prosecutors said the successful conviction of former Ohio autoworker John Demjanjuk had set a precedent that allowed them to reopen hundreds of investigations and prosecute former death camp guards as accessories to murder, even if they could not prove the defendants personally killed anyone.

Demjanjuk was found guilty in May 2011 of thousands of counts of accessory to murder after a Munich court found he served as a death camp guard. He denied he had served as a guard and died while the case was under appeal.