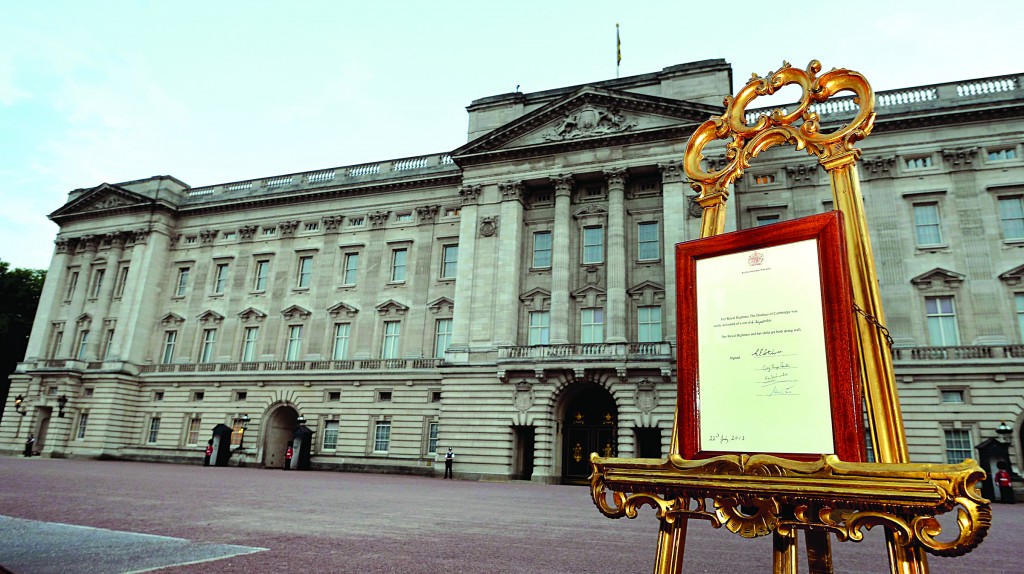 A royal baby boy was born Monday to Prince William and his wife Kate. The baby will be third in line to the British throne.

“The Queen, The Duke of Edinburgh, The Prince of Wales, The Duchess of Cornwall, Prince Harry and members of both families have been informed and are delighted with the news,” Clarence House, Prince William’s office, said in a statement.

The boy’s name will be announced in due course, the statement said, but bookmakers make George the favorite name, followed by James.

As the birth was announced, a loud cheer went up from the well-wishers and media gathered outside St. Mary’s Hospital in west London, where William was born to the late Princess Diana in 1982.

“Both my wife and I are overjoyed at the arrival of my first grandchild,” said Prince Charles, William’s father and heir to the throne, in a statement.

“It is an incredibly special moment for William and Catherine and we are so thrilled for them on the birth of their baby boy.”

He said he was enormously proud and happy to be a grandfather for the first time.

Cries of joy erupted from the waiting crowd amassed near Buckingham Palace as the news came through, and hundreds of onlookers — some of whom had camped outside for hours — crushed against the palace’s fences to catch a glimpse of the bulletin formally announcing the birth placed outside the palace’s forecourt.

“Right across the country and indeed right across the Commonwealth people will be celebrating and wishing the royal couple well,” Prime Minister David Cameron told waiting reporters in Downing Street.

William and Kate’s son is expected to follow Charles and William to the throne.

No one can tell what political and personal changes the intervening years will bring, but the baby can be expected to become the head of state of 16 countries, including Britain, Australia and Canada. The child will also eventually become Supreme Governor of the Church of England.

Royal officials say Kate and William will try to give their child as normal an upbringing as possible. That may be challenging in an age when the British royals are treated as major world celebrities.

The baby arrives at a time when the royal family is riding a wave of popularity. An Ipsos Mori poll last week showed 77 percent of Britons were in favor of remaining a monarchy over a republic, close to its best-ever level of support.