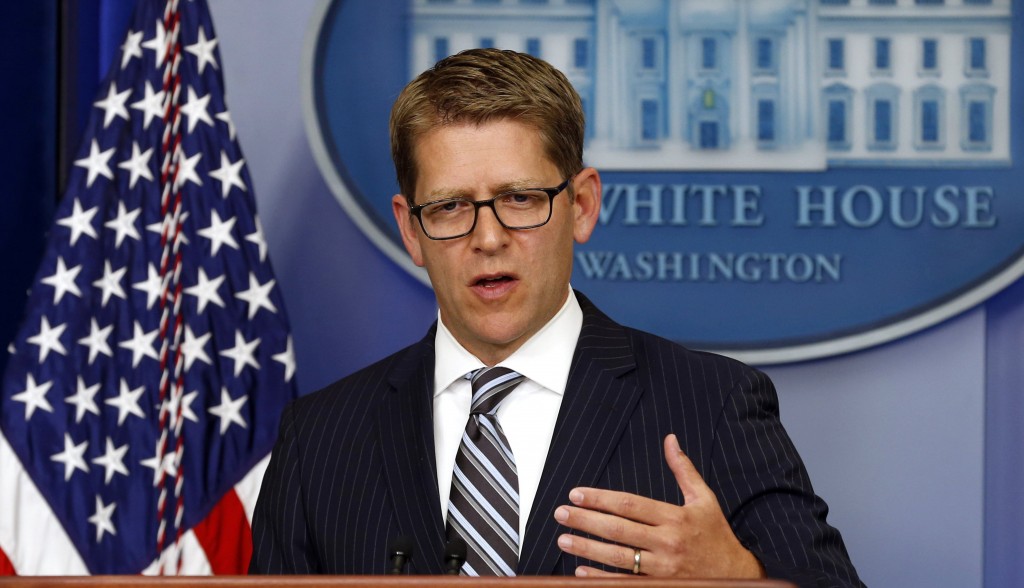 The Palestinians played down on Monday the significance of an imminent meeting in Washington of their top negotiator with his Israeli counterpart, saying formal negotiation would not begin unless their preconditions were met.

The Palestinian position seemed to run counter to U.S. hopes that bringing together Saeb Erekat and Israel’s Tzipi Livni in the coming days would kick-start the peacemaking.

In addition, Palestinian Authority President Mahmoud Abbas was waving his exit strategy — should diplomacy remain mired, Palestinians, defying pressure by Israel and the Obama administration — would again appeal to the United Nations at its annual assembly in September to support their borders claim.

In another setback to the negotiators’ meeting, Israeli Prime Minister Benjamin
Netanyahu planned first to seek cabinet-level approval for theprospective new talks, which were announced by Secretary of State John Kerry on Friday.

At the time, Kerry, winding up months of intensive and discreet mediation, predicted Erekat and Livni would join him in Washington “to begin initial talks within the next week or so.”

But that appeared unlikely as Netanyahu, facing opposition within his governing coalition at the diplomatic drive, wanted to await the next full sitting of his cabinet on July 28 or possibly an earlier session of the smaller security cabinet.

“It looks like negotiations will begin only next week, not this week,” an Israeli official said late on Sunday, disclosing Netanyahu’s plans to win over recalcitrant ministers.

Abbas spokesman Nabil Abu Rudeineh said Erekat had yet to be invited to Washington. When he goes, Abu Rudeineh said, it would be first to determine the framework of any future negotiations.

“If they reach an agreement over the details, in accordance with the Palestinian demands, then the launch of negotiations will be announced,” Abu Rudeineh told Reuters on Monday.

He said that those demands, relayed by Abbas to Kerry, included Israel’s recognition that the two-state solution was predicated on the 1967 borders, and clarifications about its planned release of Palestinian prisoners in a goodwill gesture.

Even the latter was dogged with dispute, however.

Israel said that, starting in September, it would free 82 Palestinians jailed before 1993, when the sides signed interim peace accords. But Qadoura Fares of the Palestinian Prisoners Club said Abbas wanted 103 long-serving inmates released.

Interviewed by Jordan’s Al-Rai newspaper, Abbas said Kerry had “taken our proposal regarding the resumption of the peace process with him” to Washington.

Opinion polls suggest narrow majorities among Palestinians and Israelis for the two-state solution, and both Abbas and Netanyahu plan to put any eventual peace accord to referendums.

Even in the absence of a deal, Netanyahu sees value in the effort as “a strategic process to tighten relations with the United States,” the Israeli official on condition of anonymity.

According to the official, Netanyahu would, in convening Israeli ministers on the talks, emphasize the importance of sticking close to Washington to cope with the overarching threats posed by Iran’s disputed nuclear program and by spreading strife in Syria and Egypt.