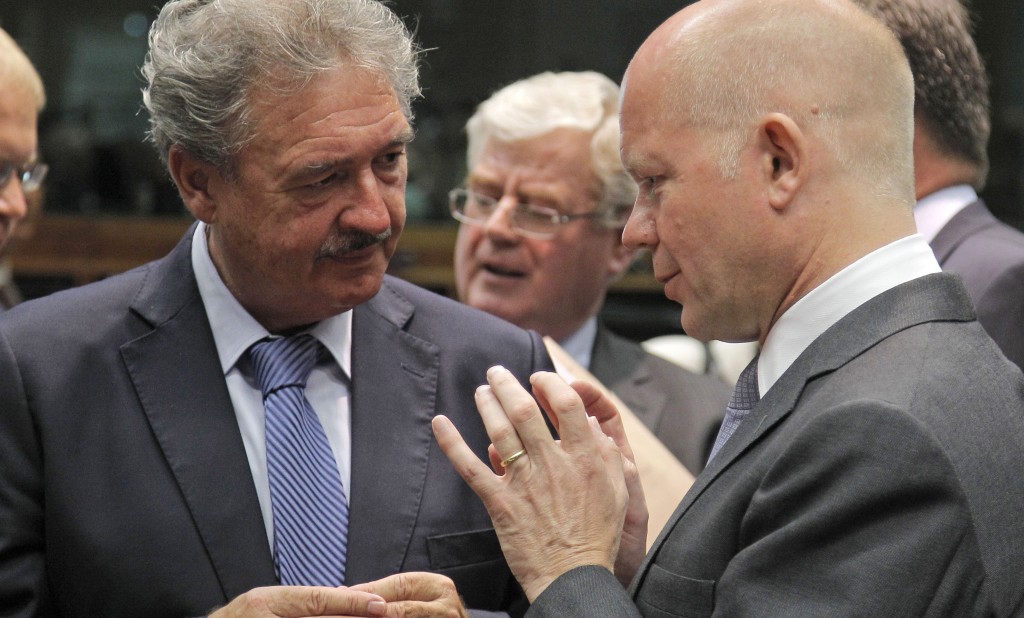 The European Union decided on Monday to put the armed wing of Hizbullah on its terrorism blacklist, a move driven by concerns over the Lebanese terrorist group’s roles in a bus bombing of Israeli tourists in Bulgaria and the Syrian war.

Britain and the Netherlands have long pressed their EU peers to impose sanctions. But
until now, many EU governments had resisted lobbying from Washington and Israel to blacklist the group, warning such a move could fuel instability in Lebanon and add to tensions in the Middle East.

The blacklisting opens the way for EU governments to freeze anyassets Hizbullah’s military wing may have in Europe. Israeli leaders were mostly unimpressed with the form the EU decision took.

“As far as the state of Israel is concerned, Hizbullah is one organization, the arms of
which are indistinguishable,” Netanyahu said at a press conference.

Israel’s deputy foreign minister Zeev Elkin welcomed the decision but expressed disappointment that only the armed faction was included.

“We (Israel) worked hard, along with a number of countries in Europe, in order to bring the necessary materials and prove that there was a basis for a legal decision,” Elkin told Israel Radio.

“As is their wont, the Europeans went just halfway and came to a decision that was partial and insufficient,” said Avigdor Lieberman, the former foreign minister who heads the Knesset’s Foreign Affairs and Defense Committee.

“The military wing and the political wing of Hizbullah are two sides of the same coin,” he said. “Any attempt to portray this organization as one that has an extremist side and a more moderate side is like asking whether a cannibal could be a vegetarian.”

By limiting the listing to the armed wing, the EU was trying to avoid damaging its relations with Lebanon’s government.

Hizbullah does not formally divide itself into armed and political wings, and Amal Saad Ghorayeb, who wrote a book on the group, told Reuters that identifying which figures the ban would apply to would be difficult.

“It is a political more than a judicial decision. It can’t have any real, meaningful judicial implications,” she said, adding it appeared to be a “a PR move” to hurt Hizbullah’s international standing, more connected with events in Syria than with the case in Bulgaria.

Nevertheless, EU officials were full of self-congratulation on Monday.

“It is good that the EU has decided to call Hizbullah what it is: a terrorist organization,” Dutch Foreign Minister Frans Timmermans said on the sidelines of a meeting of EU foreign ministers who decided on the blacklisting.

“We took this important step today, by dealing with the military wing of Hizbullah, freezing its assets, hindering its fundraising and thereby limiting its capacity to act.”

“The EU has sent a clear message that it stands united against terrorism,” said British Foreign Secretary William Hague. “It shows that no organization can carry out terrorist acts on European soil.”

German Foreign Minister Guido Westerwelle also emphasized European unity. “We will not stand for terror in Europe,” he said. “From no one.”

In the United States, The Conference of Presidents of Major American Jewish Organizations welcomed the EU decision, while voicing agreement with “those countries, including the U.S. and Canada, which make no distinction between the ‘military’ and ‘political’ wings of this singular terrorist organization.”

The Conference has long urged such sanctions, and met with leaders of European countries, both in their home capitals and in the U.S., to press the issue.

In Lebanon, Hizbullah was defiant, denying any terrorist activity in Europe and accusing Israel of “forcing its way on the EU.”

Lebanese caretaker Foreign Minister Adnan Mansour said the decision was “hasty” and could lead to further sanctions against the movement that would complicate Lebanese politics.

“This will hinder Lebanese political life in the future, especially considering our sensitivities in Lebanon,” he told Reuters. “We need to tighten bonds among Lebanese parties, rather than create additional problems.”