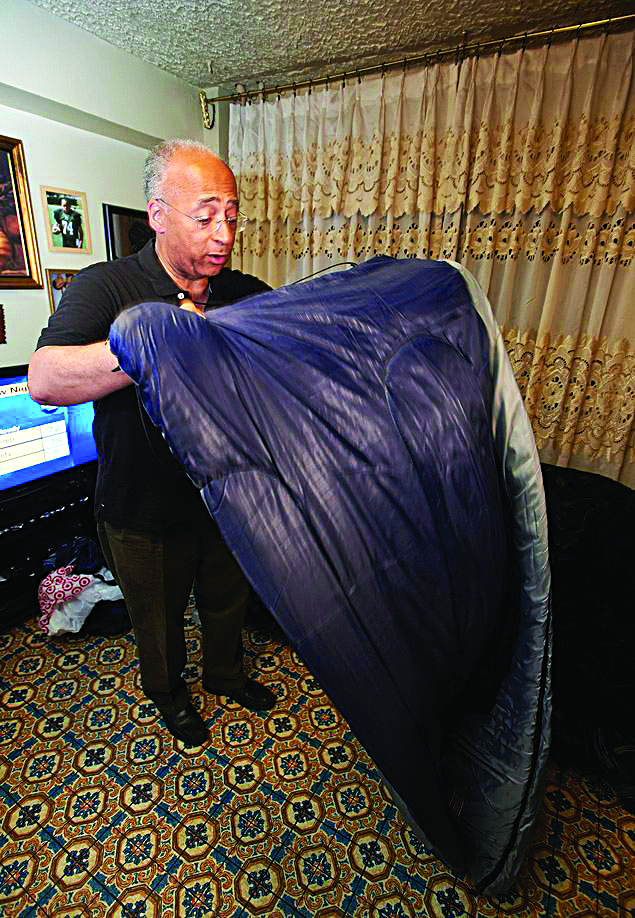 For five mayoral candidates on the campaign trail, this was a night off the beaten track.

Five Democratic contenders awoke Sunday as guests in public housing apartments, where they had spent the night to get a firsthand look at mold and other problems.

They spread out air mattresses and slept on the floor, some sweltering in cramped apartments without air conditioning. Weiner presented his hosts with a box of cupcakes, while Quinn gave a bouquet of flowers.

Local advocacy groups organized the sleepover to highlight conditions in Lincoln and other developments run by the New York City Housing Authority. Candidates said they were troubled by what they saw.

“The overall living conditions of the buildings were deplorable,” Liu said in a statement Sunday, though he said he’d had a comfortable stay in his hosts’ meticulously kept apartment.

Quinn, too, said her hosts had a spotless home — except for the black mold covering their bathroom. The family, one member of which is an asthmatic child, has called NYCHA to address the mold but hasn’t gotten a sense of when they will get help, she said.

“These folks are paying rent every month, working really, really hard … and they cannot get a response,” said Quinn, who noted that the father left at midnight during her visit to drive his bakery truck.

NYCHA representatives declined to comment on the event. Organizers said they hoped it would inform the candidates’ thinking if one of them wins the mayoralty this fall.

“They’re going to have actual, lived experiences, and we’re hoping they take that and use it for policy,” said Afua Atta-Mensah of the Urban Justice Center, which spearheaded the event with Community Voices Heard and Al Sharpton’s National Action Network.

The Democratic candidates have called for changes to the Housing Authority, and some want to replace Chairman John Rhea over the backlog of repairs since Superstorm Sandy. Mayor Michael Bloomberg has defended Rhea, saying the agency has cut the backlog from 423,000 work orders to less than 220,000 and aims to finish all of them by the end of the year.

All the candidates were up and out by early dawn.