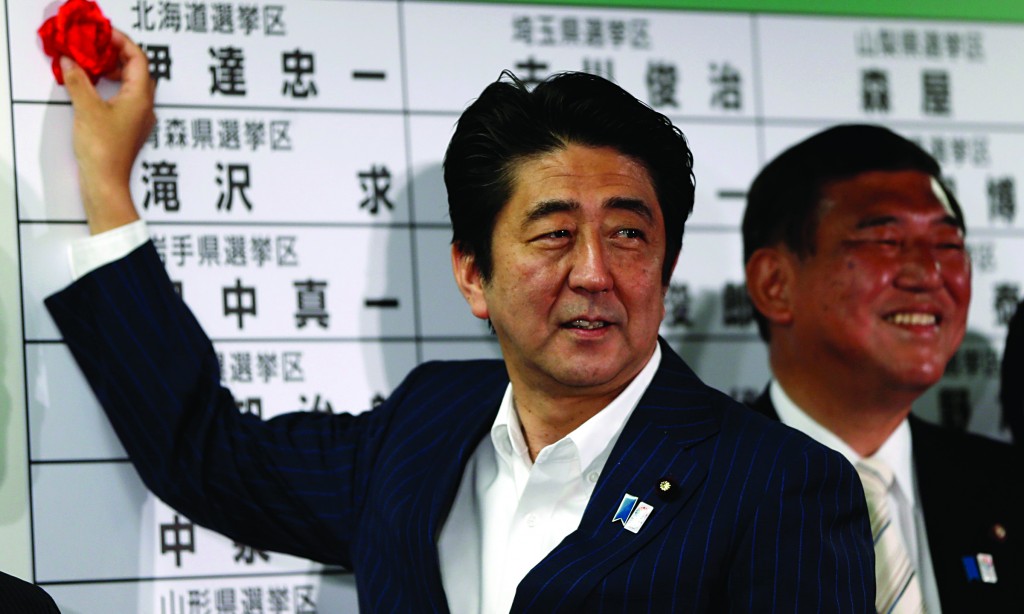 Japanese Prime Minister Shinzo Abe’s ruling coalition scored a decisive victory in an election on Sunday — so big that there are suspicions he will lose interest in difficult economic reforms and pursue his nationalist agenda instead.

The victory in the vote for parliament’s upper house gives Abe a stronger mandate for his prescription for reviving the economy. Ironically, it could also give lawmakers in his own party, some of whom have little appetite for painful but vital reforms, more clout to resist change.

Public broadcaster NHK said early on Monday that Abe’s Liberal Democratic Party (LDP) and its partner, the New Komeito party, had won at least 74 of the 121 seats up for grabs in the 242-seat upper house.

With the coalition’s uncontested 59 seats, that ensures it a comfortable majority, tightening Abe’s grip on power and raising the chances of a long-term Japanese leader for the first time since the reformist Junichiro Koizumi’s rare five-year term ended in 2006.

It also ends a parliamentary deadlock that began in 2007 when Abe, then in his first term as premier, led the LDP to a humiliating upper house defeat that forced him to resign two months later. But the LDP fell short of a majority on its own on Sunday.

Abe, who returned to power after his coalition’s big win in a December lower house poll, repeated on Sunday that he would focus on fixing the world’s third-biggest economy with his “Abenomics” mix of hyper-easy monetary policy, fiscal spending and a growth strategy including reforms such as deregulation.

“We’ve argued that our economic policies aren’t mistaken, and the public gave us their support. People now want to feel the benefits. The economy indeed is improving,” a weary but confident-sounding Abe said at LDP headquarters late on Sunday after his ruling coalition’s victory was assured.