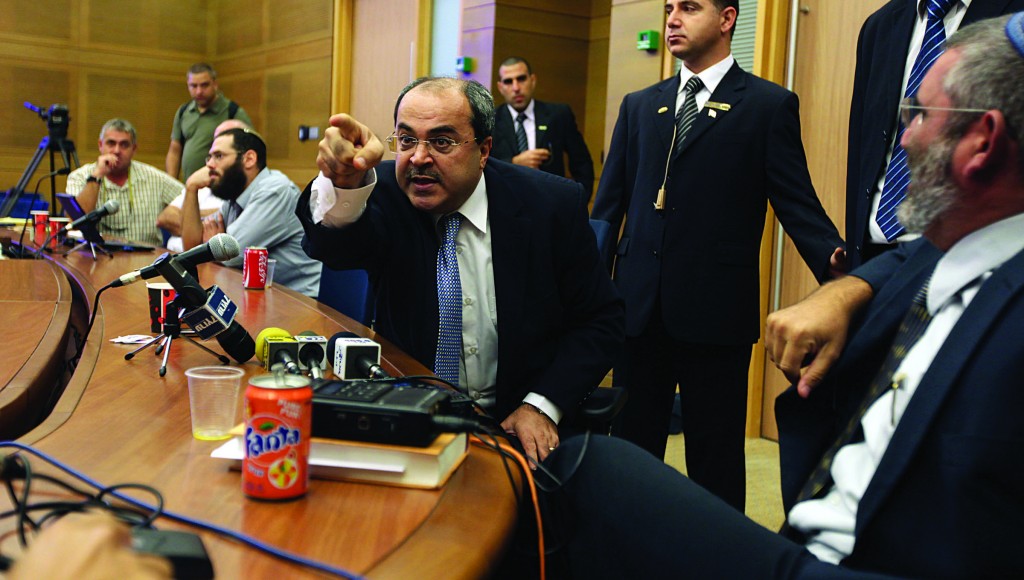 Arab MKs angrily rejected an invitation to the Knesset Speaker’s annual Ramadan feast, in protest of the Prawer Bill regulating Beduin settlements in the Negev, The Jerusalem Post reported on Sunday.

Knesset Speaker Yuli Edelstein said Sunday that he will have to cancel the traditional Ramadal break-fast dinner, which was scheduled for Monday.

“To accept this invitation, in light of the insistence of Israel and all of its institutions and authorities to continue separating races and nations and occupy the land of the Arab masses and ignore its most basic religious and national responsibilities toward the Arab community will never be accepted by UAL-Ta’al,” party leader Ibrahim Sarsour said.

The Prawer Bill is aimed at legalizing ownership of 63 percent of land claimed by Beduin.

Sarsour also cited police brutality toward Arabs protesting Prawer, and the suspension of MK Ahmed Tibi (UAL-Ta’al) from his position as deputy Knesset speaker, because he ripped up and poured water on a copy of the Prawer Bill in the plenum.