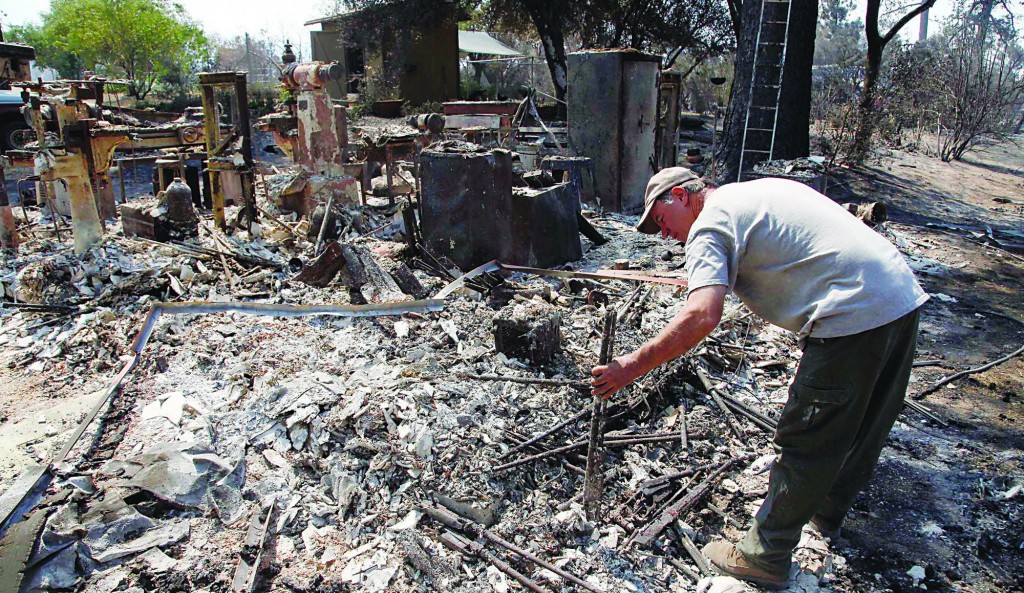 A wildfire in the Southern California mountains shut down the famed Pacific Crest Trail and threatened a popular tourist destination Thursday, forcing the evacuation of about 6,000 residents and tourists.

The blaze about 100 miles east of Los Angeles had grown to more than 35 square miles in size and had destroyed at least six houses and mobile homes. Tensions heightened late Wednesday after winds shifted, causing the fire to change course and head in the direction of Idyllwild, an artist community and hiking destination in the San Jacinto Mountains.

By midday, flames wreathed a ridge above the town and were about two to three miles away, fire officials said.

Lewis Millett left behind his three-story home Wednesday after hearing the evacuation order on the radio.

Tina Rose, a spokeswoman for the California Department of Forestry and Fire Protection, said the situation was extreme. “Usually it cools down at night and we get more humidity. That hasn’t happened,” she said. “It’s been burning like it’s daytime for 72 hours in a row.”

Nearly 3,000 firefighters and more than a dozen aircraft were assigned to the fire. Authorities said two large firefighting aircraft from the California Air National Guard were ready to help on request. Each C-130J can drop up to 3,000 gallons of water or fire retardant, according to the state Office of Emergency Services.